Recently, a relative received the postcard below from Gilardi & Company LLC, the administrator for the class-action settlement. Because the reply mechanism with the postcard asked for sensitive personal information, that relative asked me to investigate: 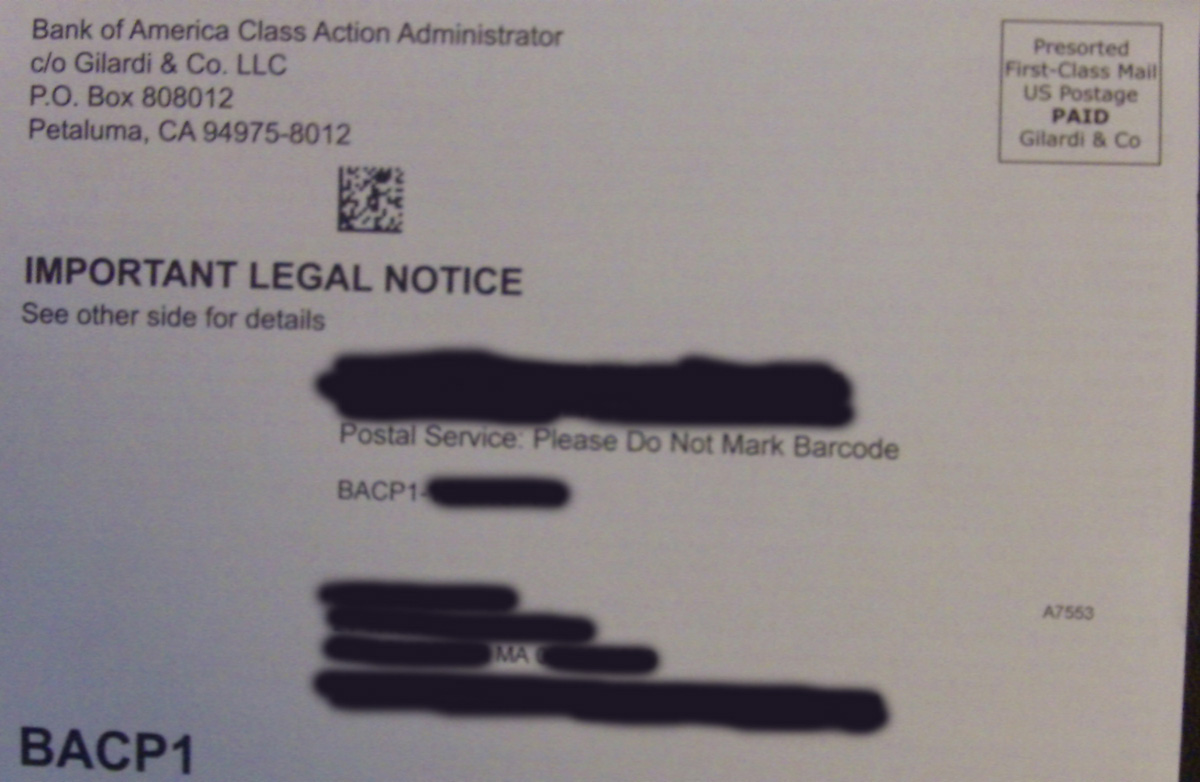 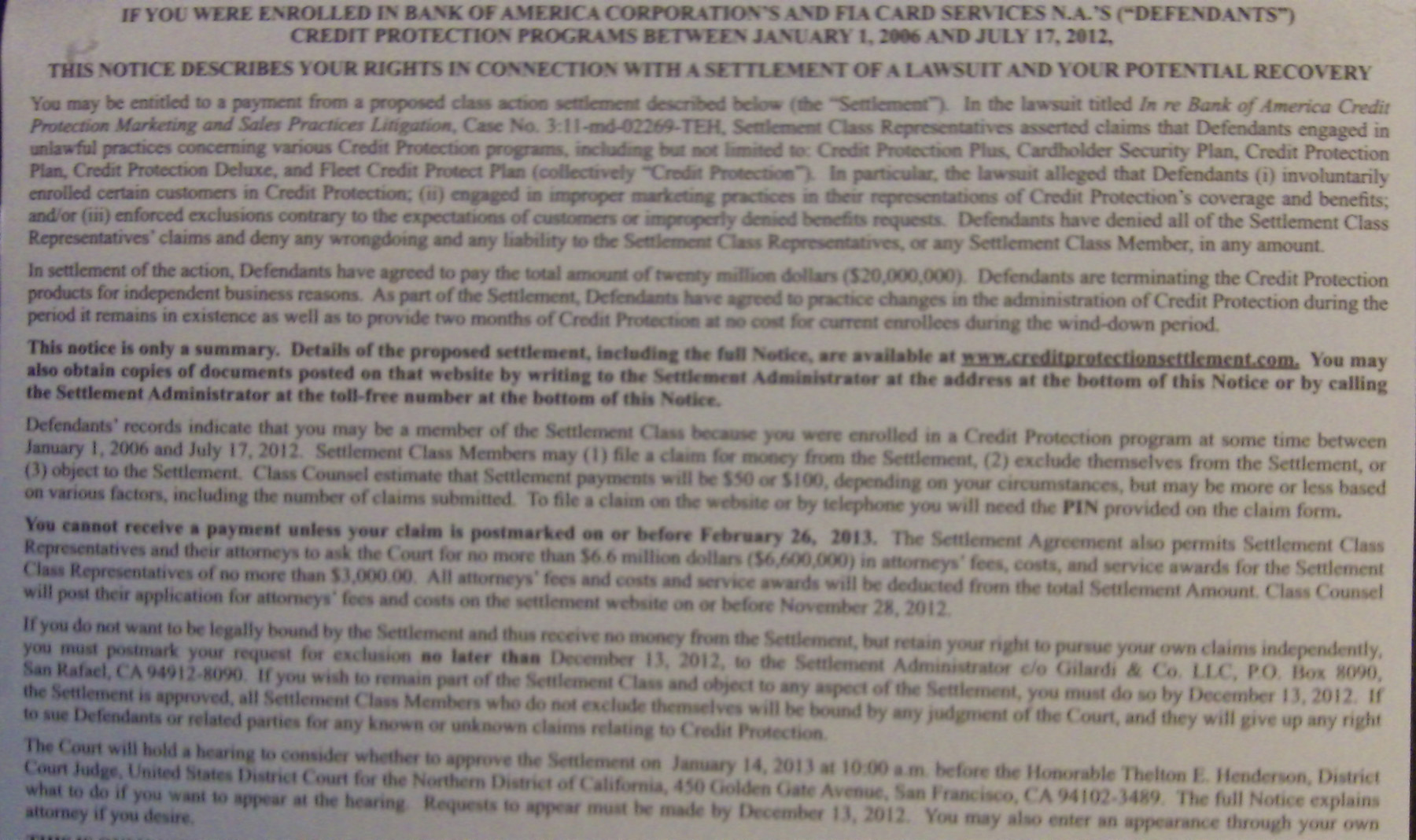 Gilardi has set up www.creditprotectionsettlement.com for consumers who subscribed to a credit protection service from Bank of America between January 1, 2006 and July 17, 2012. You may be eligible for a payment, which could be $50 or $100 depending upon your situation. You must submit a claim to receive payment. Key upcoming deadline dates:

What would be the benefit of opting out of the settlement agreement?