Late last month, the Federal Reserve Board (FRB) released the results of its latest survey of mobile usage by consumers for online banking. Key findings:

Perceptions about the technology:

Other tasks respondents said they use their smartphones for:

The reasons unbanked consumers gave for why they don't have a checking, savings, or money market account: 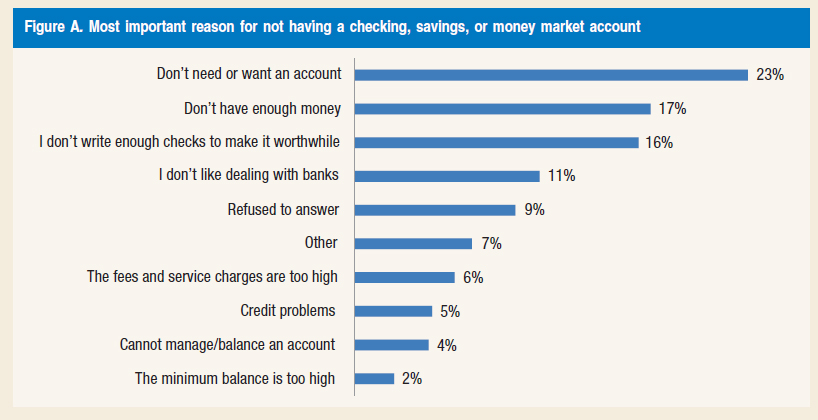 How consumers said they use the money from payday loans:

The reasons consumers said for why they don't use mobile banking services:

The reasons consumers said for why they don't use mobile payments: 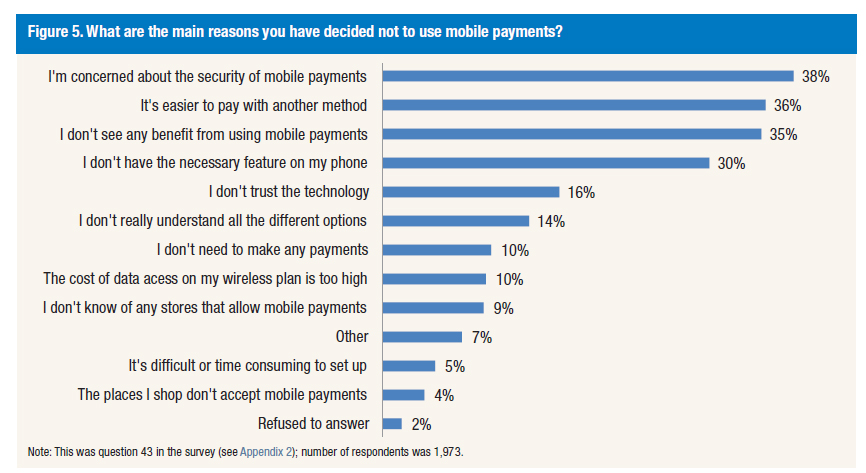 Consumers' perceptions of the security of mobile phones and mobile banking:

Regarding mobile payments, the report found:

"Despite the increasing availability of phones equipped with near field communication (NFC) chips for use with NFC-based payment services, retailers and consumers appear to be trending toward adoption of non-NFC-based payment services. Indeed, consumers making mobile payments were nearly twice as likely to have used a mobile app or barcode to make their payment as to have made a payment by waving or tapping their phone."

How consumers with checking, savings, or money market accounts do their banking:

"The two factors limiting consumer adoption of mobile banking and payments are concerns about the security of the technology and a sense that they don’t offer any real benefits to the user over existing methods for banking or making payments. With regards to security, consumers have actually become more likely in the past year to report that they simply don’t know how safe it is to use mobile banking, suggesting that consumers need to be provided with reliable and accurate information on the level of security associated with the various means of accessing mobile banking. In terms of the value proposition to consumers, the significant number of mobile users who reported an interest in using their phones to receive discounts, coupons, and promotions or to track rewards and loyalty points suggests that tying these services to a mobile payment service would increase the attractiveness of mobile phones as a means of payment."