The protest yesterday included both physical and online events. The online activity included both the #Stopthe NSA and #TheDayWeFightBack hashtags. Consumers placed 86,454 phone calls and sent 178,903 e-mail messages to their elected officials in government worldwide. All within 24 hours.

Activity in the United States: 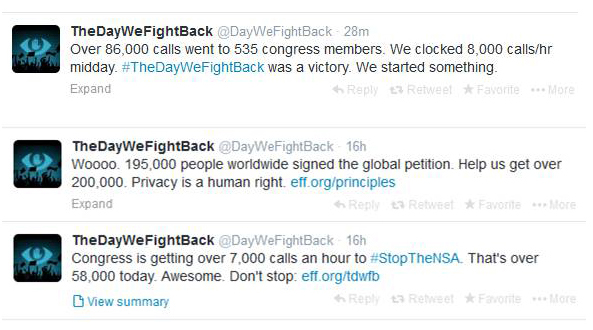 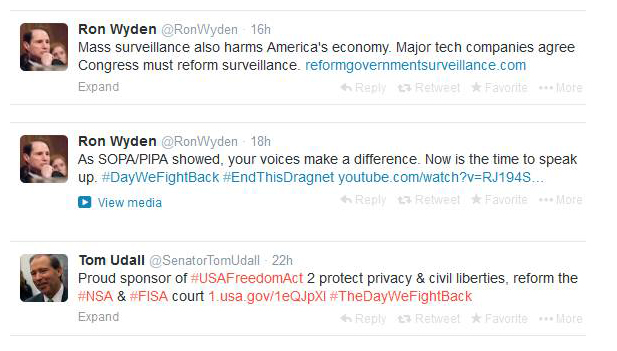 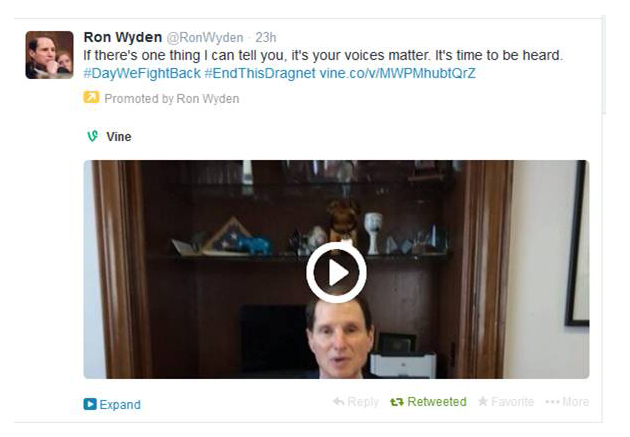 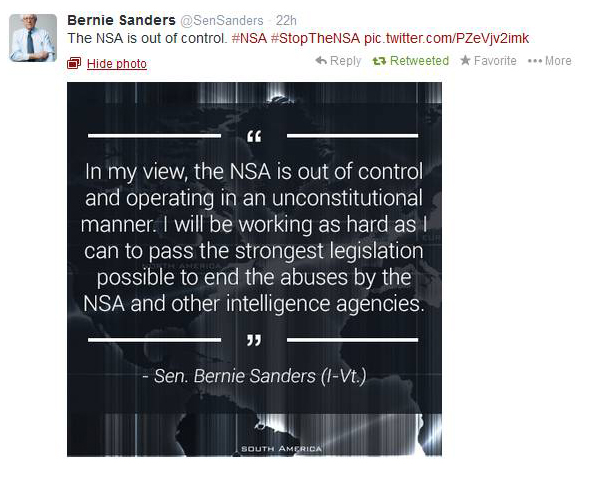