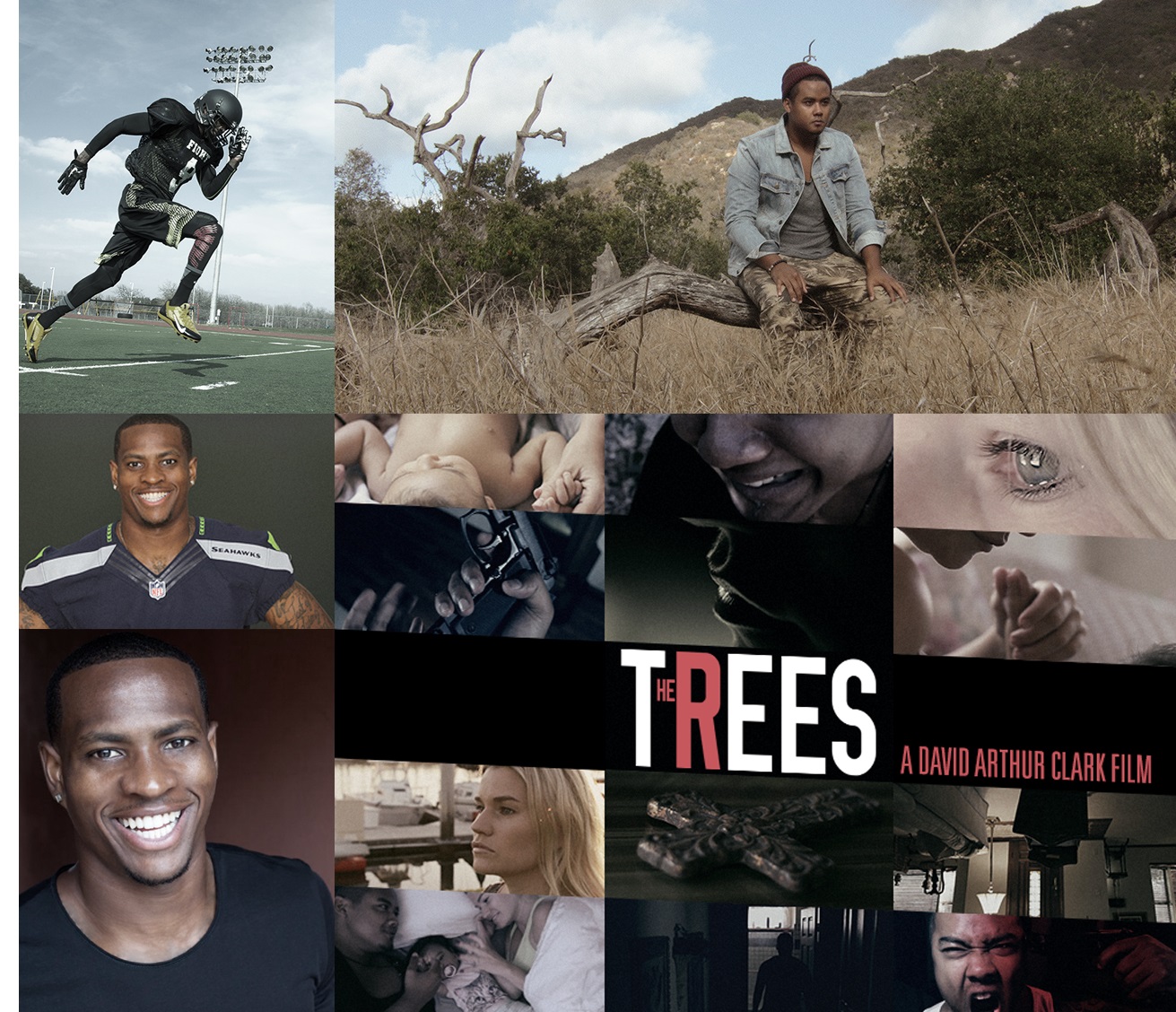 Domestic violence has been in the news lately. The National Domestic Violence Hotline saw an 84 percent increase in phone calls after the Ray Rice video was broadcast last month. 12.7 million people are physically abused, raped or stalked by their partners every year. One in 4 women will experience domestic violence during her lifetime. October is Domestic Violence Awareness Month.

"Following a horrific act of violence, a tormented mother finds herself seeking refuge from the very man responsible, her estranged husband. As she experiences evil on a realistic level, a series of strange unexplained events start to unfold in the surrounding trees of her home."

"The film has attracted exceptional talent including Chalet Lizette Brannan, a young gifted actress with more than twenty feature films under her belt, and London Durham, who was recently in When the Game Stands Tall, starring Jim Caviezel. Scoring the composition of the film is Ryan Walker, the touring keyboardist for Imagine Dragons. Crowdfunding will fund the production of this film, including everything from professional sound design, mixing, more camera lighting equipment/rigs, festival submissions and possible distribution deals."

"Whether or not we have personally experienced domestic violence, we have all seen the shocking images. Real women and men deal with terrifying violence from their partners every day. This includes people of all races and socioeconomic status, which is why this film will transcend race and stereotypes by not shying away from them. The film will also tackle stereotypes surrounding athletes that are especially prevalent today, through the vehicle of a supporting character named Rome Wallace. Rome Wallace is the main character’s longtime friend and an aspiring athlete with dreams of making it to the NFL. He is the hero that tries to protect his friend’s wife from domestic violence. Rome’s character is intended to make a powerful statement about stereotyping groups based on the actions of a few."

The Trees film project already has partnerships with Fortune 421 clothing and Plus One Water that will seek to benefit local southern California shelters for victims of domestic violence. See the press release, Facebook, or the FilmikPictures website. Film trailers are at Vimeo and Live the Dream.

Mr. Clark has $37,000 of the $50,000 in funding to move his project from pre-production to production, with is scheduled to start next month. He sought crowdfunding to reach out to both fans of independent films and advocates for domestic violence resources for victims.

I happen to know David personally, as we were coworkers a few years back at a digital advertising agency. He is a hard worker, trustworthy, and talented. I hope that you will contribute to his project.

Interested contributors should visit The Trees page on Kickstarter. There are only a few days left to contribute. The deadline for contributions is Friday, October 17, 2014 at 2:30 pm EDT.

Update: two days before the deadline, Mr. Clark has achieved his goal of $50k funding. Filming begins next month. Congratulations!