Verizon FiOS and Cox Media Group have been uable to agree upon carriage fees, so Cox removed its programming on Thursday, Thanksgiving Day, from the Verizon FiOS television service. The Boston Globe reported that 400,000 homes in Massachusetts were affected. The change meant that Verizon FiOS customers were unable to watch Fox movies, N.F.L. football including the Thanksgiving day game between the Dallas Cowbys and Philadelphia Eagles, and programming by the local Fox affiliate in Boston. 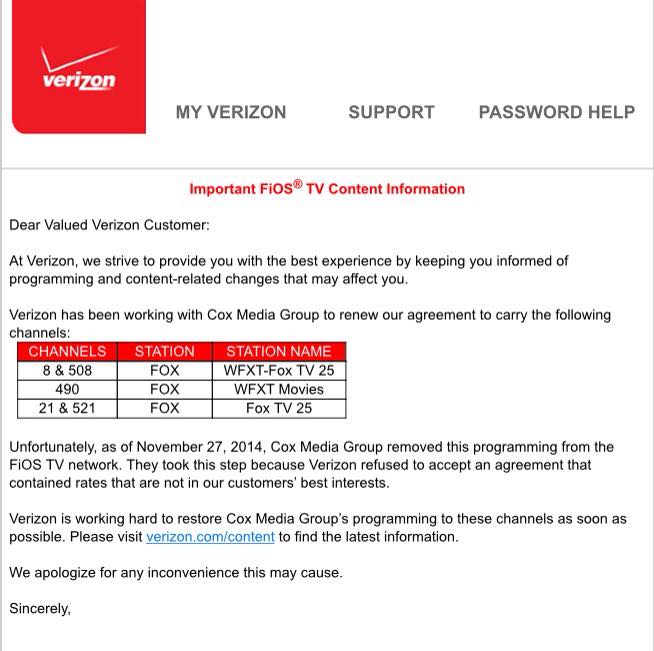 This was a "mugging" of consumers. Customers were understandably angry about the loss of programming, and some threatened to cancel (click to view larger image): 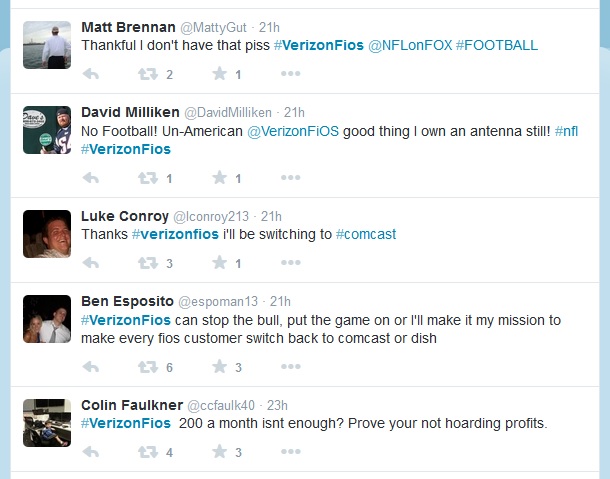 What are your opinions of this? Did you switch to the paid Verizon Wireless app, or cancel Verizon FiOS service?