Home Archives Resources Profiile Feeds/RSS
Dark Social Channels: What They Are, Who Uses Them, And Why
Study: Web Pages At News Sites Load More Slowly Than At Other Sites

Pew Reviewed published 14 statistics from 2014 that it views as noteworthy. I found several items from the list particularly interesting.

First, privacy is still a problem. A clear majority of American adult consumers -- 91 percent responded agree or strongly agree -- believe that they have lost control of how their personal information is collected and used by private companies:

Second, a clear majority -- 80% said they agree or strongly agree -- that Americans should be concerned about government monitoring of e-mail messages and Internet usage.

Third, since 2006 more Americans value highly Internet access and their mobile phones, compared to other devices: 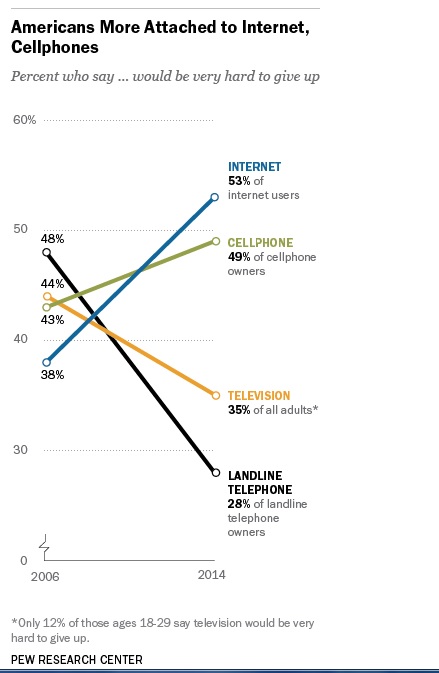 You can bet that Internet service providers are aware of this, and will prices their services accordingly.