The California Drought, Money, And Pitchforks

If you haven't read it, there's an interesting article in the Washington Post about how some wealthy residents in California are responding to the state's attempts to protect its residents (and businesses) given an epic -- some might say biblical - drought.

First, some background. Numerous lakes, ponds, and rivers have all dried up or are at historic low levels. You may have seen the before-and-after photographs. As dramatic as the photos are, it must be even more-so in-person. The New Republic published these California drought statistics:

"The scary statistics of California’s drought read like a latter-day version of the 1930s Dust Bowl crisis. Last year was the state’s driest since the start of record-keeping in 1895, and this year is likely to be even drier. The state’s snowpack, the source of roughly one-third of the water used by California cities and farms, is hovering at only about 20 percent of its normal water content. The amount of water in certain crucial reservoirs is lower now than it was in 1977, which was one of the two prior driest years on record. About a month ago, the state announced that 17 rural communities were within 100 days of running out of drinking water, given current patterns of water supply and demand."

Those statistics were more than a year ago -- March, 2014. The drought continued since then. The U.S. Drought Monitor relays the percentages of the state under various drought conditions from "none" to "abnormally dry" to "exceptional drought."The State government has enacted numerous restrictions in response to the drought crisis.

Earlier this month, the Weather Channel reported that researchers determined no slowdown or hiatus with climate change. Global temperature trends are still slowly going upwards. The Pew Research Center published in June 2015 survey results that 68 percent of the public say there is solid evidence the average temperature of the earth is getting warmer, and 46 percent said also say it is a serious problem. 46 percent also say that the warming is caused by human activity. Public opinion is slowly catching up to the fact that 97 percent of scientists say global warming is caused by human activity.

How have residents in one wealthy California town responded to the crisis and the state's plan to start rationing water on July 1? The Washington Post reported:

"Drought or no drought, Steve Yuhas resents the idea that it is somehow shameful to be a water hog. If you can pay for it, he argues, you should get your water. People “should not be forced to live on property with brown lawns, golf on brown courses...” Yuhas fumed recently on social media. “We pay significant property taxes based on where we live,” he added in an interview. “And, no, we’re not all equal when it comes to water.”

Yes, everyone is entitled to their opinions, and many exercise that right on social networking sties. Yuhas is not the only person who feels this way:

"Yuhas lives in the ultra-wealthy enclave of Rancho Santa Fe, a bucolic Southern California hamlet of ranches, gated communities and country clubs that guzzles five times more water per capita than the statewide average. In April, after Gov. Jerry Brown (D) called for a 25 percent reduction in water use, consumption in Rancho Santa Fe went up by 9 percent."

Wow! Water use went up.

For me, this reaction to the drought and crisis highlights the two chief challenges facing humans:

Some people may argue about the order. You may remember the dust-up in Florida earlier this year about climate change, or more precisely: climate change denial. Senior state officials had banned employees in the state's environmental protection agency from using the words "climate change." How one responds to the crisis says a lot about their values and compassion.

Experts predict that the drought will affect all other states, including higher prices for produce and lost jobs. It will affect all taxpayers, too. In its June 16 Drought Update report (Adobe PDF), the California State government reported:

"On June 12, President Barack Obama announced a federal aid package to support farmers and workers suffering from drought, provide food assistance, support water efficiency and conservation, and combat wildfire in California and other drought - stricken Western states. California is expected to receive $18 million from the Department of Labor to provide jobs for works dislocated by the drought and another $7 million from the USDA to support conservation and water system improvements for water utilities and households coping with drought."

You'd think that given all of this, wealthy folks (who could more easily afford it than others) would invest NOW in water-saving and water-conserving technologies to improve and ensure the (resale) value of
their properties into the future. But, I guess that myopic, denial-based thinking dominates.

Some people insist upon learning the hard way. That myopic thinking will quickly change when a mob of thirsty, angry villagers visit in the middle of the night armed with torches and pitchforks. Then, it'll be too late. 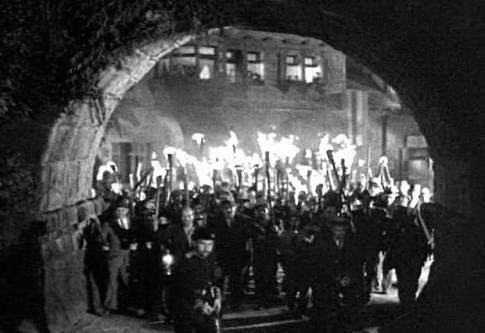 Maybe I'm alone here, but I agree with the rich entitled douchebag. If you can pay for it... You should get your water.

The trick is pricing: Use a pricing model where the price rises quickly after the current "limit", if we could get enough entitled douchbags to buy water at $1000/gallon, we could afford to develop desalination plants, or other long-term solutions which are not currently economically viable.

If he can't afford the new rates, well, I guess he should have worked harder.

This 2014 article described ow the super wealthy pay some fines, but more importantly pay to have water trucked in from other states:
http://gizmodo.com/rich-people-are-trucking-their-own-water-into-drought-r-1627178060

And reports this year on water theft:
http://blog.sfgate.com/stew/2015/06/15/water-thieves-are-on-the-rise-in-drought-stricken-california/

Sure, but people trucking water in is counter-productive in that it costs a lot of money AND fails to even attempt to address the long-term problems. In the short term (1-2 years) this wasted water won't hurt the water tables at all (not when compared to the water consumed by agriculture, for example)

I'm not suggesting billing the ultra-rich enough to cover their usage, I'm suggesting a pricing system where the cost goes up enough that investment toward R&D of sustainable, environmentally friendly long-term solutions (desalination comes to mind, there might be others) become a more reasonable capital investment.

But telling people "You can't have this" will just make people angry, also without producing any real change. Given the current state of affairs (if ALL residential consumption stopped, it also wouldn't solve the problem), whining about a few green lawns is equally useless.