"... from at least October 2012 through March 2014, LifeLock violated the 2010 Order by: 1) failing to establish and maintain a comprehensive information security program to protect its users’ sensitive personal data, including credit card, social security, and bank account numbers; 2) falsely advertising that it protected consumers’ sensitive data with the same high-level safeguards as financial institutions; and 3) failing to meet the 2010 order’s recordkeeping requirements... from at least January 2012 through December 2014, LifeLock falsely claimed it protected consumers’ identity 24/7/365 by providing alerts “as soon as” it received any indication there was a problem..."

The 2010 settlement resulted after FTC allegations that LifeLock used false claims to promote its identity theft protection services. The settlement stopped the company and its executives from making such claims, and required the company to take stronger measures to protect customers' personal information. The 2010 settlement included a $12 million payment for consumer refunds.

Todd Davis, Chairman and CEO, responded to the FTC allegations in Lifelock's blog:

"LifeLock has been up front and transparent that we have been in a dialogue with the Federal Trade Commission for more than 18 months. During this time, we have worked with agency staff and commissioners, striving to come to a satisfactory resolution. Despite our efforts, we were unable to do so. As a result of our unwillingness to agree to an unreasonable settlement, the agency has decided to litigate its claims. We disagree with the substance of the FTC’s contentions and are prepared to take our case to court."

The legal motions were filed under seal. Lifelock is based in Tempe, Arizona. AZCentral reported:

"LifeLock shares fell more than 49 percent after the FTC accused the company of violating terms of a 2010 settlement by continuing to deceive customers and failing to protect their data... Their assurances did little to stave such a massive sell-off of shares. Because of the plunge, the New York Stock Exchange was twice forced to suspend trading of LifeLock as the share price dropped from $16.05 to close at $8.15."

"The bottom line: Protect yourself for less. Monitor your financial statements and credit reports for suspicious activity that can lead to identity theft. If your credit cards are lost or stolen, you don’t need LifeLock to notify your financial institutions to cancel and replace them. If your Social Security number is out there, we suggest that you put a security freeze on your credit reports at the big three credit bureaus–Equifax, Experian, and TransUnion. That will prevent creditors from accessing your file if a crook tries to open a new account in your name... But there is usually no charge if you’re already a victim of ID theft. Credit bureaus consider credit- and debit-card theft as identity theft, so it should be easier for you to get free freezes." 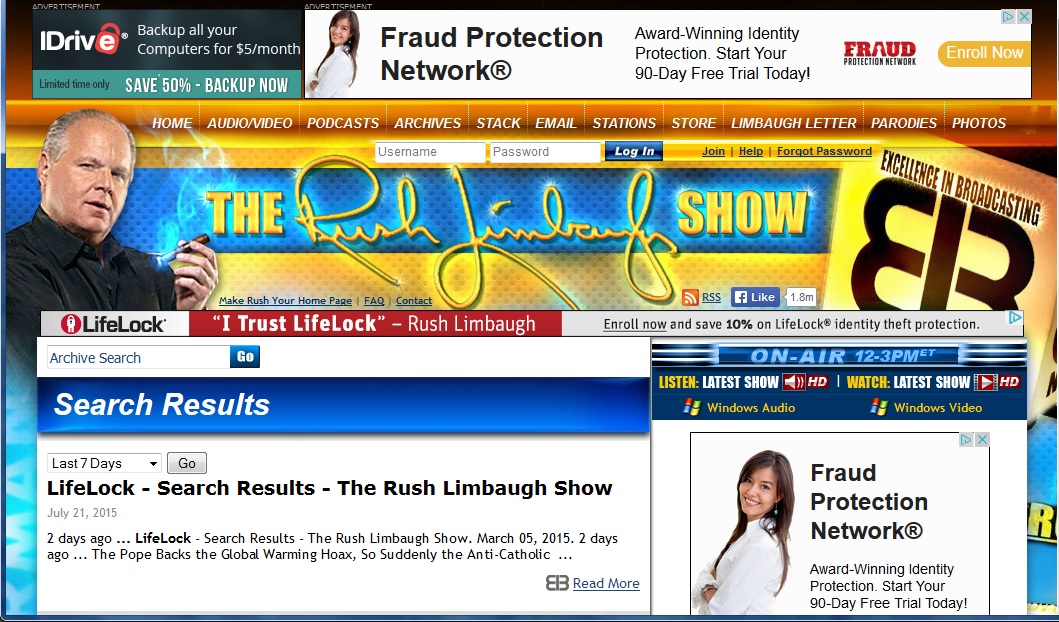