The Empire Strikes Back: Binding Arbitration Supporters Ramp Up Their Attacks 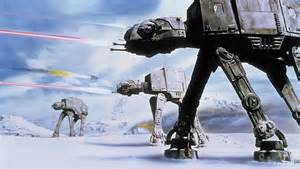 Last month, the Consumer Financial Protection Bureau (CFPB) announced a proposal to ban arbitration clauses which many companies use to prevent consumers from joining class-action lawsuits. Many companies in several industries have inserted these "binding arbitration" clauses into their terms of service and agreements with consumers. The Public Citizen website lists the banks, retail stores, entertainment, online shopping, telecommunications, consumer electronics, software, nursing homes, and health care companies that include binding arbitration clauses in their contracts with customers.

Readers of this blog are familiar with the problem. The clauses are definitely pro-business and anti-consumer. They remove consumers' freedom or right to sue, prevent consumers from using the courts to resolve disputes, include many fees, prevent consumers from joining class-action lawsuits, and force consumers to travel hundreds or thousands of miles to a location of the company's choosing. Often, the arbitrator already has an existing relationship with the company, which means the playing field is heavily tilted against consumers.

To use an analogy from a popular science-fiction film, the empire is striking back. Arbitration supporters are attacking both the CFPB and others to preserve arbitration clauses. The New York Times reported:

"A television ad during the Republican presidential debate last Tuesday depicted pale bureaucrats rubber-stamping the word “DENIED” on the files of frustrated Americans, beneath a red banner of Senator Elizabeth Warren evoking a Communist apparatchik. The ad attacks the Consumer Financial Protection Bureau, a federal agency created with Ms. Warren’s strong backing after the 2008 mortgage crisis. What the ad did not say: Its sponsor wants to rein in the agency in part because of its efforts to restrict arbitration — the widespread practice in corporate America of requiring customers and employees to resolve disputes not in the courts, but in private proceedings with neither judge nor jury. In fact, arbitration is one of the reasons the ad’s sponsor, American Action Network, wanted to blast the agency with the $500,000 campaign, the group said.

Why the attack on the CFPB:

"Arbitration has remained largely untouchable because of a pair of Supreme Court rulings in 2011 and 2013 that cleared the way for the use of class-action bans in contracts. With the current Supreme Court’s having now twice enshrined the wide use of arbitration, many [binding arbitration] opponents have pinned their hopes on the consumer agency’s proposed rule."

"... the U.S. Chamber of Commerce, the most powerful business lobby in the country, started a new effort to block the Consumer Financial Protection Bureau by lobbying lawmakers to attach a rider to the federal budget bill that would force the regulator to conduct a new study before issuing any rule, according to people with direct knowledge of the strategy..."

Some of the opponents:

"... On Wednesday, the Justice Department issued a proposal to protect military service members from arbitration requirements. Earlier this month, Senator Al Franken, Democrat of Minnesota and a longtime opponent of arbitration, renewed his push for Congress to pass a bill he introduced this year that would prevent companies from requiring employees to go to arbitration... San Francisco’s city attorney, Dennis Herrera, sued American Express this month over what he claimed were “illegal and anti-competitive rules, policies and practices.” The lawsuit, filed in Superior Court, will probably help small businesses whose contracts with the credit card company prevented them from filing a class-action lawsuit... In Chicago, Alderman Edward M. Burke said he planned to introduce a bill this week that would prevent the city from doing business with companies that push employees and customers out of court..."

Consumers should have the freedom to use the courts; not be forced to use private arbitrators when there are disputes with their favorite products and services. Binding arbitration supporters will claim that consumers have a choice; consumers can simply not do business with companies that use these clauses. Huh? Living under a rock is not an option when all companies in an industry use binding arbitration clauses. There is no real choice for consumers. Consumers need and demand the freedom to use courts and not be forced to a private arbitrator.

What are your opinions of binding arbitration clauses? Of the politic ad? Of the efforts by arbitration opponents?