The digital advertising arms race is well underway. Since many consumers have installed ad blocking software on their computing devices for privacy and a better online experience, some publishers have responded by blocking those online users... or at least those users' web browsers.

While attempting to stream the latest episode of a popular television show, I encountered the message below, which is an extremely poor implementation. It suggested that i disable all ad blocking software. A better, responsible implementation would include messaging about the specific advertising mechanism: 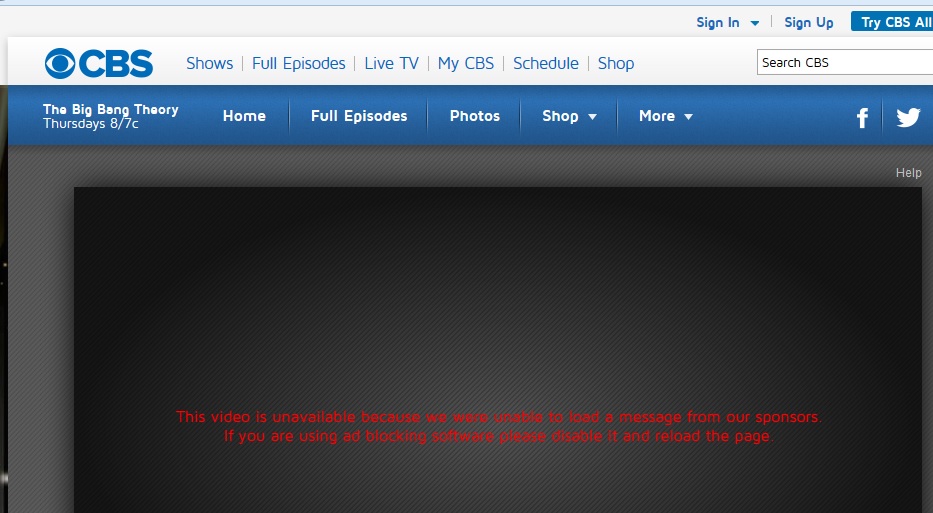 Have you encountered any similar messages at other sites?