The Internet of Things: Reliability And Trust Issues 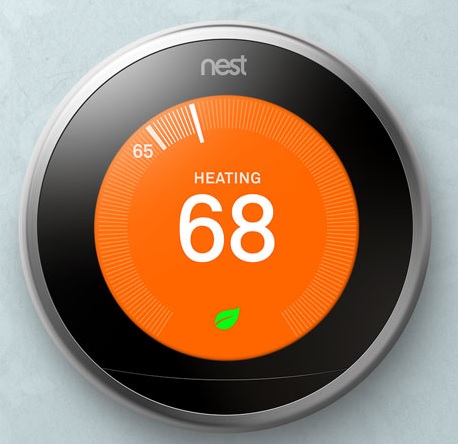 What happens when Internet-connected devices in your home don't work as they should? Unfortunately, this happens. The Motley Fool reported:

"... you wake up in your bed to a freezing cold house. You know you set the thermostat to the right temperature the night before...  You stumble out of bed and into the hallway to look at the thermostat. It's off -- and it won't turn back on. That was the scenario for some Nest thermostat owners (the company owned by Alphabet's Google) after a software update inadvertently added a bug to thermostat's system, causing the batteries to drain and the device to turn off."

In this instance, it was an inconvenience. Nest identified the problem and provided customers with a fix. In cold-weather climates during winter, it could have been far worse -- damage and costly repairs from frozen, burst water pipes. And this wasn't the first problem:

"Back in 2014, the Nest smoke and carbon monoxide alarm, Protect, had to have a software update because of over-sensitive sensors that made turning the device off (through hand gestures) too easy. The company pulled devices off of the shelves and reintroduced the product after the fix."

The incidents highlight the need for the Internet-of-Things (IoT) devices to operate reliably. Consumers need to be able to trust that their smart devices operate reliably:

"While Nest may be able to get away with a few problems with its devices, it's not helping to build consumer trust for home automation or the Internet of Things. A recent survey by Accenture of 28,000 people across 28 countries found that half of respondents said they'd stay away from the Internet of Things because of privacy and security issues."

In another survey, 63 percent of consumers identified smart thermostats and fans as key components in smart homes. These blog posts discussed the challenges and privacy risks smart devices create for consumers. In a 2014 survey by Fortinet, 69 percent of respondents said that privacy is their biggest concern with devices for smart homes, 66 percent said they want complete control over their personal information, and 48 percent would hold the manufacturer responsible for vulnerabilities found in home appliances.

A U.S. Federal Trade Commission (FTC)report recommended a "security by design" approach for manufacturers of smart devices, with best practices that, a) conduct privacy or security risk assessments, b) minimize the data collected and archived, c) test security measures before introducing products, and d) monitor products (and services) throughout the life-cycle and patch known vulnerabilities. One wonders if Nest performs all four of these best practices.

Informed consumers know that they trade away plenty of sensitive personal information for convenience. Smart devices have sensors that collect data 24/7/365 and transmit it to the device's manufacturer, who then shares that information with other companies, business partners, and affiliates. Some information may also be sold to data brokers. Informed consumers understand that this is the business model of many companies. So, their devices had better work reliably for this trade to make sense. I agree with The Motley Fool's position:

"With the IoT market expected to reach $7 trillion by 2020, there's too much at stake for companies not to focus on how users will perceive small software glitches. If Google wants to eventually have us hand over our trust to them to drive us around town without us touching the steering wheel, it'll need to first learn how to make a thermostat that can consistently keep the heat on in our homes."

If devices don't operate reliably, then you can't trust them... and shouldn't buy them. Obviously, driver-less cars should operate reliably. That means more than simply lower accident rates compared to human drivers. It means transparency by releasing all accident reports so consumers can make informed decisions, working reliably without bugs or hacks, and not being a hazard by driving too slowly. Reliability means consumers can trust that their smart home devices receive all operating system updates in a timely fashion, and not some or none.

"Most consumers fail to appreciate the consequences of purchasing insecure IoT devices. Worse, such a quantity of insecure devices makes the Internet less secure for everyone. What botnet will use vulnerable webcams to launch DDoS attacks? What malware will use insecure webcams to infect smart homes? When 2008-era malware like Conficker.B affects police body cams in 2015, it threatens not just the reliability of recorded police activity but also serves as a transmission vector to attack other devices."

What are your opinions about the reliability of smart devices for homes?