Home Archives Resources Profiile Feeds/RSS
Why iPhones Are Now Less Secure, And How This Affects Everyone
Tax Related Identity Theft And Fraud: Next Steps For Victims

Facts About Debt Collection Scams And Other Consumer Complaints

The most frequent scam are attempts to collect money from consumers for debts they don't owe. This accounted for 38 percent of all debt-collection-scam complaints submitted. This included harassment:

The two companies with the most complaints:

"... were Encore Capital Group and Portfolio Recovery Associates, Inc. Both companies, which are among the largest debt buyers in the country, averaged over 100 complaints submitted to the Bureau each month between October and December 2015. In 2015, the CFPB took enforcement actions against these two large debt buyers for using deceptive tactics to collect bad debts."

The chart below lists the 10 companies with the most complaints (all categories) during October through December, 2015: 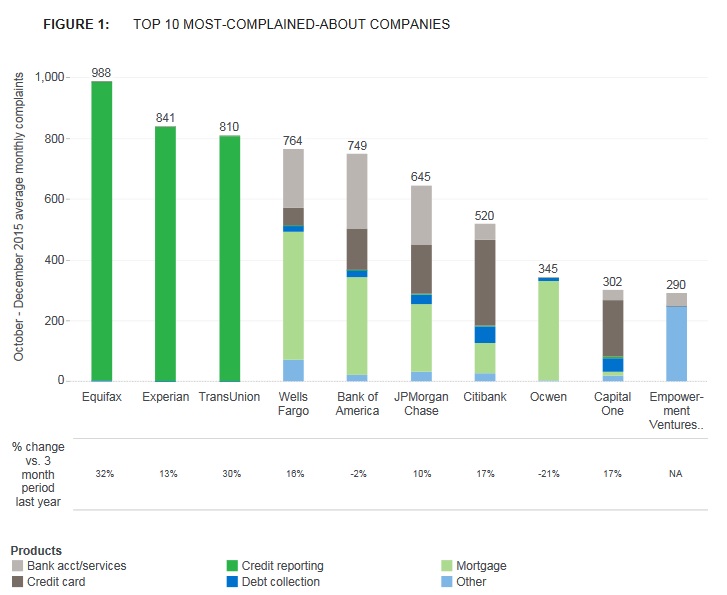 To learn more about the CFPB, there are plenty of posts in this blog. Simply enter "CFPB" in the search box in the right column.