After reports about a rumored announcement, Yahoo confirmed late on Thursday a massive data breach affecting half a billion users -- 500 million persons. Yahoo believes the breach was performed by a "state-sponsored actor."

Data elements exposed and stolen during the breach include full names, e-mail addresses, telephone numbers, dates of birth, hashed passwords and, in some cases, security questions and answers. The breach dated back to 2014. This is very serious, and by far the largest breach ever. The data elements stolen facilitate spam and a variety of scams; plus access to email contacts such as clients, customers, and patients.

Yahoo is in the process of notifying affected persons. Affected users should change their passwords, security questions, and answers.

The breach announcement did not state if users at outsourcing clients were affected. Other companies and entities can outsource their e-mail services to Yahoo, or to other e-mail providers offering similar services. One such company appears to be AT&T. The "AT&T Email Basics" page (see image below) references a co-branded AT&T-Yahoo website for AT&T customers to check their e-mail. 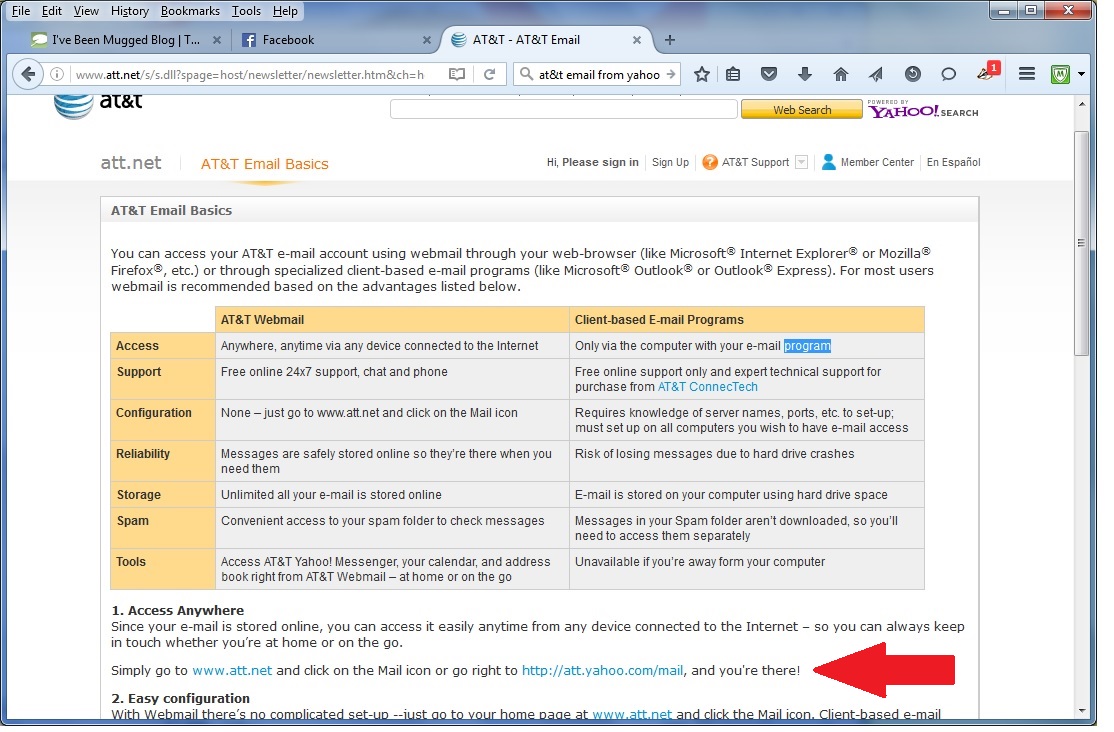 I reached out to AT&T for a comment. A reply was not received by press time. If its email users were affected by the breach, then those users will probably want to know who is going to assist them, and what assistance will be offered.

Given the pending acquisition of Yahoo by Verizon, several AT&T customers already discussed in an online forum concerns about what might happen to their e-mail service operated by a competitor. (Verizon said on Thursday it learned about the breach two days ago.) If users at outsourcing clients were also affected by the breach, then this might add to their uncertainty.

If you received a breach notice from Yahoo, what is your opinion of the response?