Exploding Phones And Washing Machines. It's Been A Rough Time For Samsung 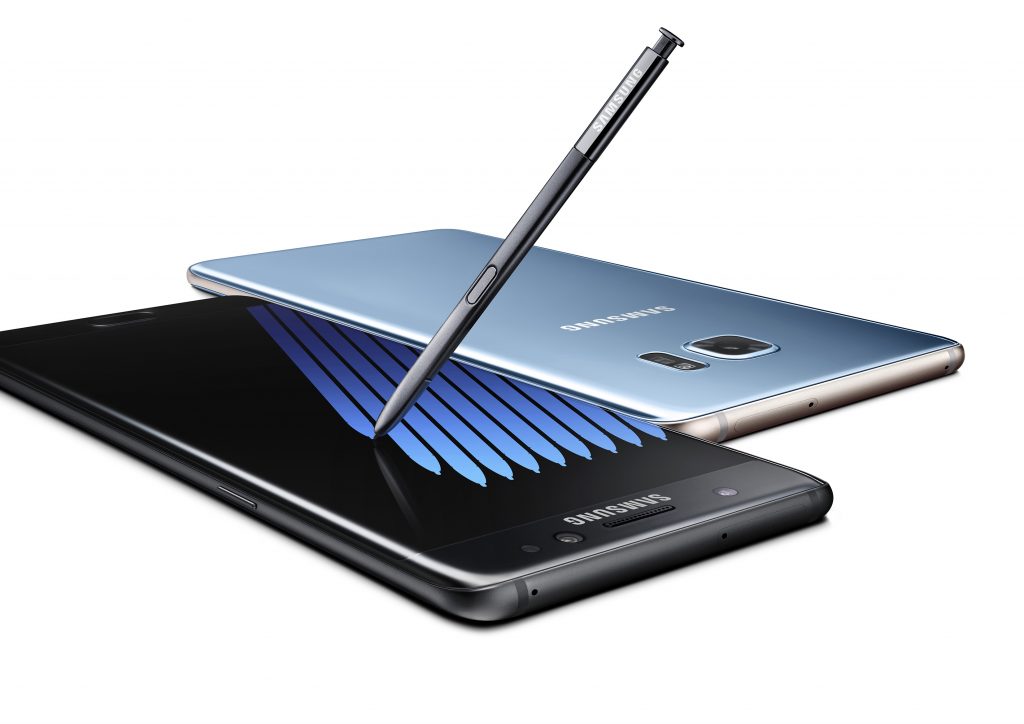 It has been a busy and rough few months at Samsung, after the consumer electronics company introduced the Galaxy Note7 smartphone on August 19. Soon afterwards, reports surfaced of a phone catching fire while charging, exploding phones in separate incidents which burned down a garage and a car, and another exploding phone which caused $1,380 in damage to a hotel room.

On September 2, Samsung Electronics America, Inc. (SEA) announced an exchange program in the United States "regarding isolated battery cell issues" with the phone. The exchange program allowed current Galaxy Note7 users to get a new Galaxy Note7 phone, or a Galaxy S7 Edge. Customers were offered a $25 gift card or bill credit from select carrier retail outlets. Also on September 2, SEA announced the results of an investigation with 35 cases reported worldwide of problems with the phone's battery.

Headquartered in Ridgefield Park, N.J., SEA is a wholly owned subsidiary of Samsung Electronics Co. Limited. The retailer also stopped sales of the device on September 2. On September 8, three Australian airlines banned passengers from using or charging Samsung Galaxy Note7 smartphones during flights. Reportedly Qantas, Jetstar, and Virgin Australia all issued the voluntary bans without orders from aviation regulators. The airlines did it as a precaution.

"In light of recent incidents and concerns raised by Samsung about its Galaxy Note7 devices, the Federal Aviation Administration strongly advises passengers not to turn on or charge these devices on board aircraft and not to stow them in any checked baggage."

On September 9, SEA announced that it worked jointly with the Consumer Product Safety Commission (CPSC) in the United States to implement a "voluntary corrective plan" to recall all Galaxy Note7 phones sold from August 2015 through September 15, 2016. 2.5 million devices had been sold by that time.

"While the recall of the Galaxy Note7 is Samsung’s largest voluntary recall, it is not the biggest on record. In 2007, Nokia announced a recall of 46 million cellphone batteries. In 2006, Dell recalled 4.1 million lithium-ion batteries for notebook computers."

"The software updates are being delivered in partnership with Carriers and will display a green battery icon on the status bar found on the top right hand of the screen. The green icon indicates that consumers have a new Galaxy Note7 with an unaffected battery.

Samsung and the U.S. CPSC have and continue to urge all consumers of Note7s sold prior to September 15 to power down their device. For those not heeding that advice or are still not aware of the recall notice, a software update will be pushed to all recalled devices. Once installed, users will be prompted with a safety notice that urges owners to power down and exchange their recalled device. The notice will appear every time a user powers up or charges their device."

This meant users who bought their phones before September 15 shouldn't use them they have received a replacement device through the exchange program. Earlier this week, Southwest Airlines evacuated an airplane after a passenger's Samsung Galaxy Note7 phone began popping and smoking. USA Today reported:

"The incident brings more damage to Samsung’s reputation and calls into question the very future of the Note7 itself, a phone that was highly regarded when it first hit the market in late August, before reports began to surface about batteries that caught fire. Making matters worse, the device was apparently one of the replacement handsets that the South Korean company had previously deemed “safe.” Now it appears that the issue is far from settled. The CSPC, the federal agency overseeing the U.S. recall of the Note 7, late Wednesday said it is investigating the Southwest flight incident..."

"The U.S. Consumer Product Safety Commission (CPSC) has issued a warning about certain top-loading Samsung washing machines after reports that some exploded, ABC News has learned exclusively. The agency said it is working with Samsung on a remedy to fix the issue, which apparently affects some units made from March 2011 to April 2016..."

One affected consumer was in Dallas, Georgia and another was in Holly Springs, North Carolina. Reportedly, there have been 21 cases of exploding Samsung top-loading clothes washing machines. You can see photos of the damaged products at the ABC News website. Also, SEA announced on September 28:

"We are in active discussions with the CPSC to address potential safety issues related to certain top-load washing machines manufactured between March 2011 and April 2016. In rare cases, affected units may experience abnormal vibrations that could pose a risk of personal injury or property damage when washing bedding, bulky or water-resistant items. Samsung is recommending that consumers with affected models use the lower speed delicate cycle when washing bedding, bulky or water-resistant materials. There have been no reported incidents when using this cycle."

Now, I am not suggesting the two incidents are related. Both products probably were designed by separate engineering and development teams, and built at separate manufacturing facilities. My main points: it's been a rough time at Samsung as consumers have been inconvenienced, and in some instances placed in danger. Plus, the apparent fix seems ineffective. Will the brand recover? Can it recover?

Do you believe the battery problems are fixed with the Galaxy Note7 phones? Would you travel on an airplane where other passengers carried Samsung galaxy Note7 phones? If you purchased one of the affected products, what has been your experience? Are you satisfied with the corrective and replacement program?

I guess it pays to be a late adopter. And maybe to not be in such a rush to "improve" one's product. I have a Samsung Galaxy Note 3, which I really love. I was thinking it might be time to upgrade, but now, not so much.

Thanks for the comment. Yes, there definitely are pro's and con's to being an early adopter of computing technology. One advantage, besides getting the newest features, includes improved security and privacy in OS (operating system software) updates and patches, since developers often stop supporting older OS versions. You've pointed out a key disadvantage: buying a lemon when a product has been rushed to market and isn't ready, isn't well designed, or isn't fully debugged.

There's a lot of truth to the old saying: never buy the first year of a new model car.