Potential Security Issues Regarding the Internet of Things 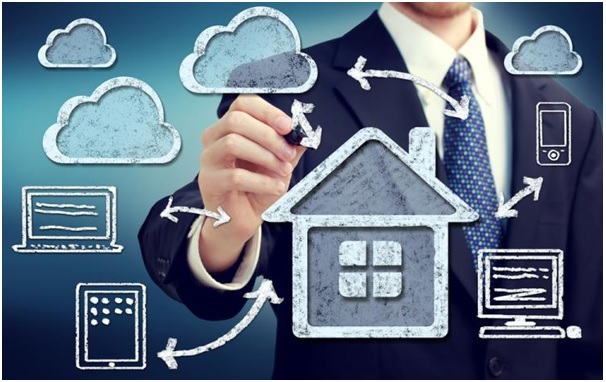 [Editor's Note: today's blog post is by guest author Cassie Phillips, a technology blogger who developed a special interest in cybersecurity after her webcam was hacked. While she’s interested to see how the Internet of Things changes how we use technology, she is very concerned about all the risks it poses.]

Many people and organizations have raised concerns about the potential risks related to the Internet of Things (IoT). It turns out that they were right to be concerned. Last month the France-based hosting provider, OVH, fell victim to an enormous distributed denial-of-service (DDoS) attack on the Minecraft servers that OVH was hosting.

DDoS attacks are attempts to make a resource (usually a website) inaccessible to its users through an inundation of requests, aiming to overburden the system. In the past, DDoS attacks were carried out by computers, with or without their owner’s consent. Hot Hardware reported:

“OVH was the victim of a wide-scale DDoS attack that was carried via a network of over 152,000 IoT devices… Of those IoT devices participating in the DDoS attack, they were primarily comprised of CCTV cameras and DVRs.”

Before the attack on OVH, there was another DDoS attack on prominent internet security researcher Brian Krebs’ website. This attack was also carried out by IoT devices. Akamai Technologies Inc., a provider of security services worldwide for major companies, cut ties with Mr. Krebs because the DDoS attack on Krebs’ website was enormous. Josh Shaul, Akamai’s vice president, said it was the worst DDoS attack the company had ever seen.

These broad attacks prove that the IoT does pose a significant security risk. And DDoS attacks are by no means the only security risks that the IoT presents. Let’s look at what the IoT is, the risks it presents and, most importantly, how to ensure that any IoT devices you use are secure.

What Is the Internet of Things?
The IoT is the idea that any device can be designed to be able to connect to the internet and other devices. These devices include mobile phones, washing machines, refrigerators, coffee makers, televisions, home thermostats, motion sensors, headphones, Barbie dolls and baby monitors. There is no limit except the imagination.

There are even buildings, cars, and health-related implants (such as pacemakers) that can connect to the internet and to each other. All of these devices can exchange information and collect data, creating a huge pool of information and an enormous network.

What Risks Does the Internet of Things Pose?
As mentioned above, the IoT poses a few risks and concerns. There are four key risks associated with the IoT, with the first being reliability. IoT devices are not necessarily reliable. While this may not be a crisis if the device in question is a refrigerator, it is deadly if devices such as cars fail or are hacked.

The second major risk related to the IoT is privacy. Each device in a network of the IoT can collect and share data. As consumers, we don’t always know who gets this data and what it is used for. The data will almost certainly be used to track consumers’ behavior, allowing companies to target each consumer with tailor-made advertising. While this data probably won’t always be used for nefarious purposes, it can be used in a way that violates our right to privacy. According to Buzzfeed:

“ "We were sleeping in bed, and basically heard some music coming from the nursery, but then when we went into the room the music turned off,” said the anonymous mother. They tracked the IP address that had accessed their camera and discovered a website with “thousands and thousands of pictures of cameras just like their own.” Anyone could use the site to access hacked cameras and monitors located in at least 15 different countries."

This leads to the third major risk associated with the IoT, namely security. Again, each of the IoT devices collects and transmits data. If these devices are hacked, criminals will have access to vast amounts of consumers' private information. Depending on the device, criminals can learn our routines, find out what valuables we keep in our homes, gain access to information about any security measures we use, and even collect sensitive information such as financial payment information.

Another security risk is the potential for hacking medical devices and implants. According to a report by research and advisory firm, Forrester, ransomware in medical devices is the single biggest cybersecurity threat for this year. Security researchers have already managed to hack into hospitals’ networks, pacemakers and other medical devices. This will put people’s lives at risk.

The potential for cyberattacks is the fourth major risk associated with the IoT. Because all these devices are connected, they have the potential to spread malware across homes and entire companies. However, the greatest risk lies in criminals’ ability to use our IoT devices in massive cyberattacks, such as the DDoS attack on OVH. Widespread vulnerabilities are only a few missteps away, and that is a seriously concerning fact.

How to Protect Yourself When Using IoT Devices
Given the risks listed above, it’s vital that consumers learn to protect our devices, our homes, and ourselves. The following actions are all essential to your security when using IoT devices:

Conclusion
While it would be best if security features were built into the design of IoT devices, that’s not always the case. So it’s crucial that you implement the security ideas discussed above. Hopefully, we’ll start seeing a move toward creating an international standard for all IoT devices in the future.

Have you had any bad experiences with IoT devices? How do you think the technology is progressing? Share your thoughts in the comments section below.