Ashley Madison Operators Agree to Settlement With FTC And States 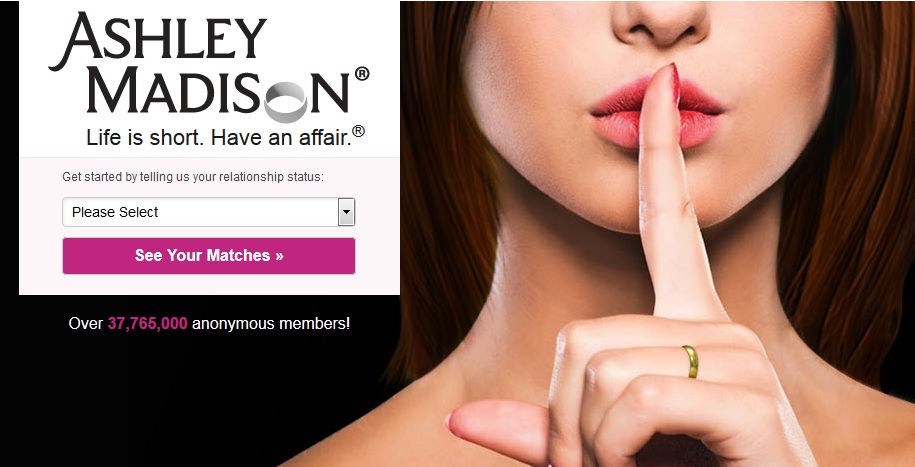 The operators of the AshleyMadison.com dating site have agreed to settlement with the U.S. Federal Trade Commission (FTC) for security lapses in a massive 2015 data breach. 37 million subscribers were affected and site's poor handling of its password-reset mechanism made accounts discover-able while the site had promised otherwise. The site was know for helping married persons find extra-marital affairs.

The FTC complaint against Avid Life Media Inc. sought relief and refunds for subscribers. The complaint alleged that the dating site:

"... Defendants collect, maintain, and transmit a host of personal information including: full name; username; gender; address, including zip codes; relationship status; date of birth; ethnicity; height; weight; email address; sexual preferences and desired encounters; desired activities; photographs; payment card numbers; hashed passwords; answers to security questions; and travel locations and dates. Defendants also collect and maintain consumers’ communications with each other, such as messages and chats... Until August 2014, Defendants engaged in a practice of using “engager profiles” — that is, fake profiles created by Defendants’ staff who communicate with consumers in the same way that consumers would communicate with each other—as a way to engage or attract additional consumers to AshleyMadison.com. In 2014, there were 28,417 engager profiles on the website. All but 3 of the engager profiles were female. Defendants created these profiles using profile information, including photographs, from existing members who had not had any account activity within the preceding one or more years... Because these engager profiles contained the same type of information as someone who was actually using the website, there was no way for a consumer to determine whether an engager profile was fake or real. To consumers using AshleyMadison.com, the communications generated by engager profiles were indistinguishable from communications generated by actual members... When consumers signed up for AshleyMadison.com, Defendants explained that their system is “100% secure” because consumers can delete their “digital trail”.

More importantly, the complaint alleged that the operators of the site failed to protect subscribers' information in several key ways:

"a. failed to have a written organizational information security policy;
b. failed to implement reasonable access controls. For example, they: i) failed to regularly monitor unsuccessful login attempts; ii) failed to secure remote access; iii) failed to revoke passwords for ex-employees of their service providers; iv) failed to restrict access to systems based on employees’ job functions; v) failed to deploy reasonable controls to identify, detect, and prevent the retention of passwords and encryption keys in clear text files on Defendants’ network; and vi) allowed their employees to reuse passwords to access multiple servers and services;
c. failed to adequately train Defendants’ personnel to perform their data security- related duties and responsibilities;
d. failed to ascertain that third-party service providers implemented reasonable security measures to protect personal information. For example, Defendants failed to contractually require service providers to implement reasonable security; and
e. failed to use readily available security measures to monitor their system and assets at discrete intervals to identify data security events and verify the effectiveness of protective measures."

The above items read like a laundry list of everything not to do regarding information security. Several states also sued the site's operators. Toronto, Ontario-based Ruby Corporation (Formerly called Avid Life media), ADL Media Inc. (based in Delaware), and Ruby Life Inc. (d/b/a Ashley Madison) were named as defendants in the lawsuit. According to its website, Ruby Life operates several adult dating sites: Ashley Madison, Cougar Life, and Established Men.

Terms of the settlement agreement require the operators to pay $1.6 million to settle FTC and state actions, and to implement a comprehensive data-security program with third-party assessments. About $828,500 is payable directly to the FTC within seven days, with an equal amount divided among participating states. If the defendants fail to make that payment to the FTC, then the full judgment of $8.75 million becomes due.

The defendants must submit to the FTC a compliance report one year after the settlement agreement. The third-party assessment programs starts within 180 days of the settlement agreement and continues for 20 years with reports every two years. The terms prohibit the site's operators and defendants from misrepresenting to persons in the United States how their online site and mobile app operate. Clearly, the use of fake profiles is prohibited.

"AshleyMadison/Ruby’s use of chat-bot-based fake or “engager profiles” that lured users into upgrading/paying for full memberships was also addressed in the complaint. According to a report in Fortune Magazine, men who signed up for a free AshleyMadison account would be immediately contacted by a bot posing as an interested woman, but would have to buy credits from AshleyMadison to reply.

Gizmodo, among many other sites, has examined the allegations of fake female bots or “engager profiles” used to entice male users who were using Ashley Madison’s free services to convert to paid services: “Ashley Madison created more than 70,000 female bots to send male users millions of fake messages, hoping to create the illusion of a vast playland of available women.” "

“Creating fake profiles and selling services that are not delivered is unacceptable behavior for any dating website... I was pleased to see the FTC and the state attorneys general working together in such a productive and cooperative manner. Vermont has a long history of such cooperation, and it’s great to see that continuing.”

“In the digital age, privacy issues can impact millions of people around the world. It’s imperative that regulators work together across borders to ensure that the privacy rights of individuals are respected no matter where they live.”

"My office was pleased to work with the FTC and the Office of the Canadian Privacy Commissioner on this investigation through the APEC cross-border enforcement framework... Cross-border cooperation and enforcement is the future for privacy regulation in the global consumer age, and this cooperative approach provides an excellent model for enforcement of consumer privacy rights.”

Kudos to the FTC for holding a company's feet (and its officers' and executives' feet) to the fire to protect consumers' information.