74 Percent of US Broadband Households Have Internet-Connected Televisions

"At 74% penetration, connected TV use is squarely in the Late Mainstream phase of its trajectory. Barring any major disruption in TV technology or market conditions, growth will slow each year as the solution reaches saturation... Broadband pay-TV services are particularly well positioned to leverage this utility, which permits scale at much lower costs." 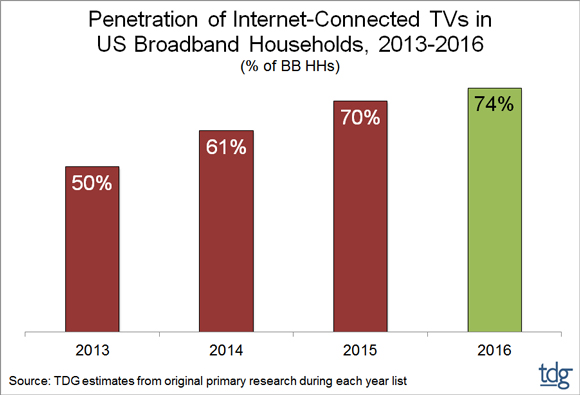 Posted at 09:00 AM in Internet Access, Internet of Things, Retail, Surveys | Permalink | Comments (0)