Town Hall With Congressman Stephen Lynch About Security And Rights

Congressman Stephen F. Lynch (Democrat, 8th District of Massachusetts) held a town hall meeting on Friday February 3, 2017 titled, “Keeping America Safe While Preserving Our Constitutional Rights.” The 7:00 pm event at the Milton High School auditorium was heavily attended (see photos below) with an estimated attendance of about 500 to 700 persons. The website and e-mail invitation from Congressman Lynch’s office described the meeting agenda:

"The Town Hall will be an opportunity for constituents to come together to discuss the legal implications of President Trump’s executive actions, to discuss what can be done to resist any infringements of Constitutional rights and discuss existing and ongoing efforts to ensure safety in our homeland, and to provide resources for those who may need assistance."

Representative Lynch serves on the Oversight and Government Reform Committee and the Financial Services Committee. He is the lead Democrat on the National Security Subcommittee, responsible for overseeing the Departments of State, Defense and Homeland Security, and the United States Agency for International Development. He was sworn in to the United States Congress in October 2001, after the sudden passing of Congressman John Joseph Moakley. Representative Lynch opened the meeting with remarks about his experience in Congress, the heavier than usual volume of emails, phone calls, and visits to his office since the flurry of Executive Orders by President Trump, his 17 trips to the Middle East including Iraq and Turkey, his visits to refugee camps, and his familiarity with the vetting process for immigrants wanting to relocate to the United States.

Representative Lynch said regarding refugees and immigrants that the "facts on the ground" are often very different than what is reported in the news media or by the current White House. He explained that many Syrians spend several years in refugee camps, since many want to return to their homes and not immigrate to other countries. And, the United States is probably number 10 in a list of desired locations of refugees wanting to relocate to another country.

"... amend the Immigration and Nationality Act to provide that an alien may not be denied admission or entry to the United States, or other immigration benefits, because of the alien's religion, and for other purposes."

H.R. 852 was sponsored by Representative Donald S. Beyer, Jr. (Democrat, Virginia) and introduced On February 3, 2017. It is in committee. View the list of bills sponsored or co-sponsored by Congressman Lynch. 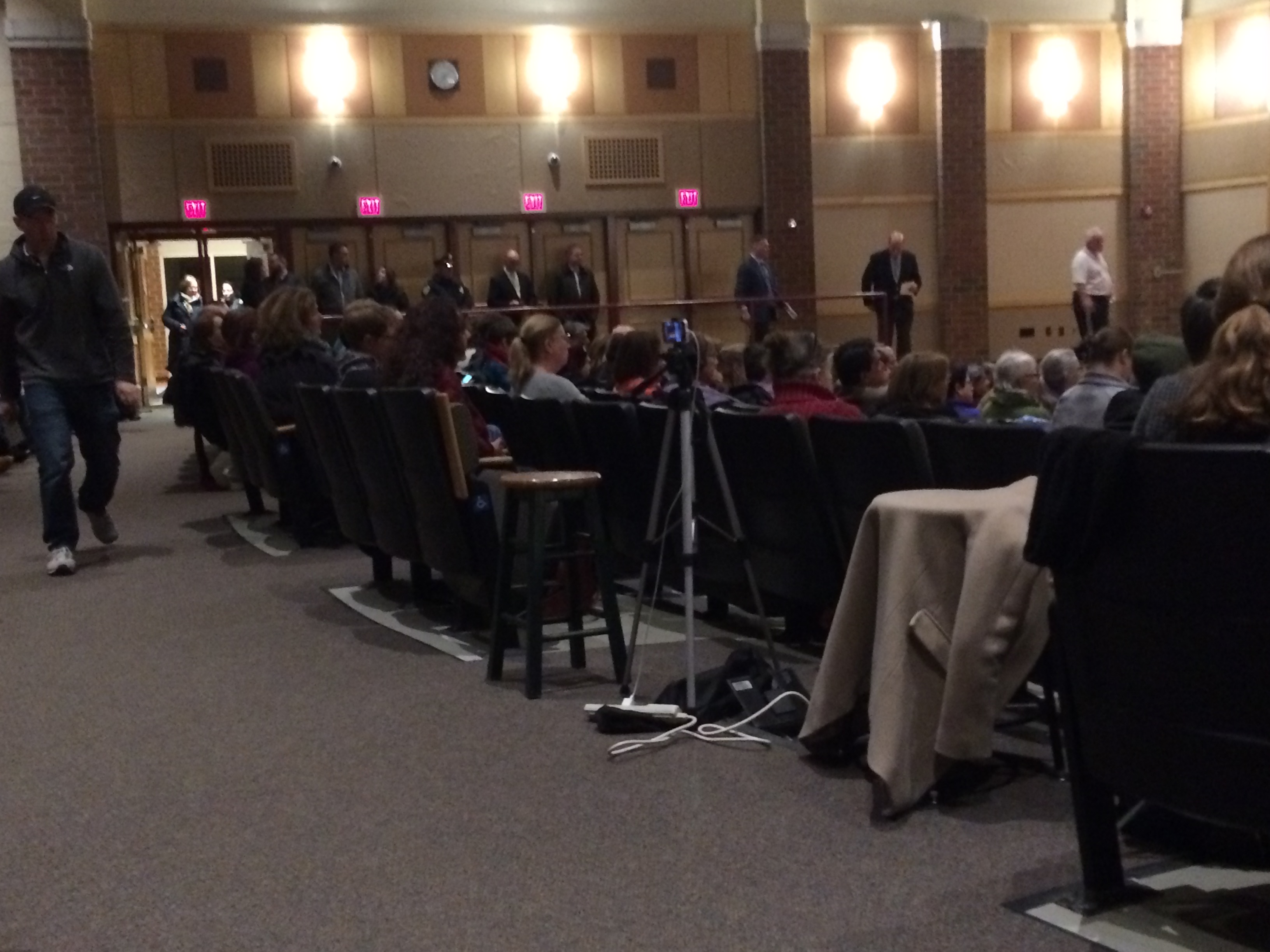 The question-and-answer session started at about 7:55 pm and at least 20 constituents immediately lined up in the auditorium to ask questions. At the check-in table, Congressman Lynch's staff provided index cards for constituents to write and submit questions. During the session, constituents asked a variety of questions at the microphones, including (partial list):

Representative Lynch reminded constituents that due to the "Separation of Powers" built into our government, the legislative branch has no power to affect how the White House chooses to organize itself. He also reminded attendees of the 55-seat advantage the Republican party has in the House.

Besides several Executive Orders by President Trump, the House of Representatives has taken several actions and votes. I have found the E-Update Newsletter by Congressman Michael Capuano (Democrat, 7th District of Massachusetts) very informative with summaries about recent House activities in easy-to-understand language; plus a running list of activities. Representative Capuano's summaries also include the vote total by party. For example: 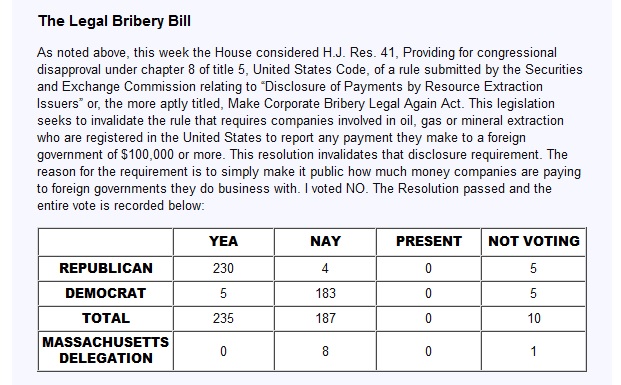 Friday's town hall's agenda was scheduled to end at 9:00 pm. I left at that time, and hadn't heard any mention of security issues about the proposed wall between the United States and Mexico. The town hall was also Live on Facebook, but I found the audio quality poor at times. Always better to attend in person and ask questions directly of a Congressperson. 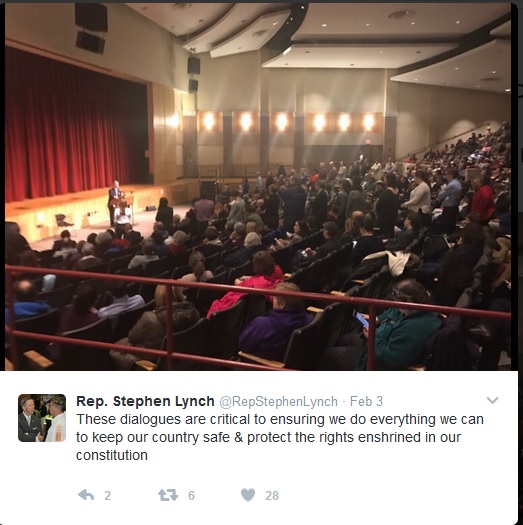 thanks for the synopsis George. It was pretty much what I heard too. Lots of people grew frustrated towards the end of the meeting by what was perceived as "do nothing politics", some cat calls, etc