Rallies and marches in more than 190 cities and towns were held on Saturday April 15 to demand more transparency and fairness related to taxes. The transparency demand is for the 45th President of the United States. During the 2016 presidential campaign, candidate Trump promised to release his tax returns after an Internal Revenue Service (IRS) audit was completed. After winning the election and entering office, President Trump refused to release his tax returns.

The issue is partisan. A Yougov survey in May 2016 found that 61 percent of Americans, 81 percent of Democrats, 60 percent of Independents, and 38 percent of Republicans wanted candidate Trump to release his detailed tax returns.

An estimated 2,500 persons attended the greater Boston area event held on the Cambridge Commons in Cambridge, Massachusetts. The emcee was Mike Connolly, a Massachusetts State representative for Somerville and Cambridge. Several local organizers spoke, including calls for fairness with taxes and the federal budget. The entire rally paused for a moment of silence to remember the victims in the Boston Marathon bombing four years ago.

Future rallies are scheduled to support science, public education, and recognition of climate change. Learn more about today's event at #TaxDayMarch and at #TaxMarchBoston. Photographs of today's event in Cambridge appear below. 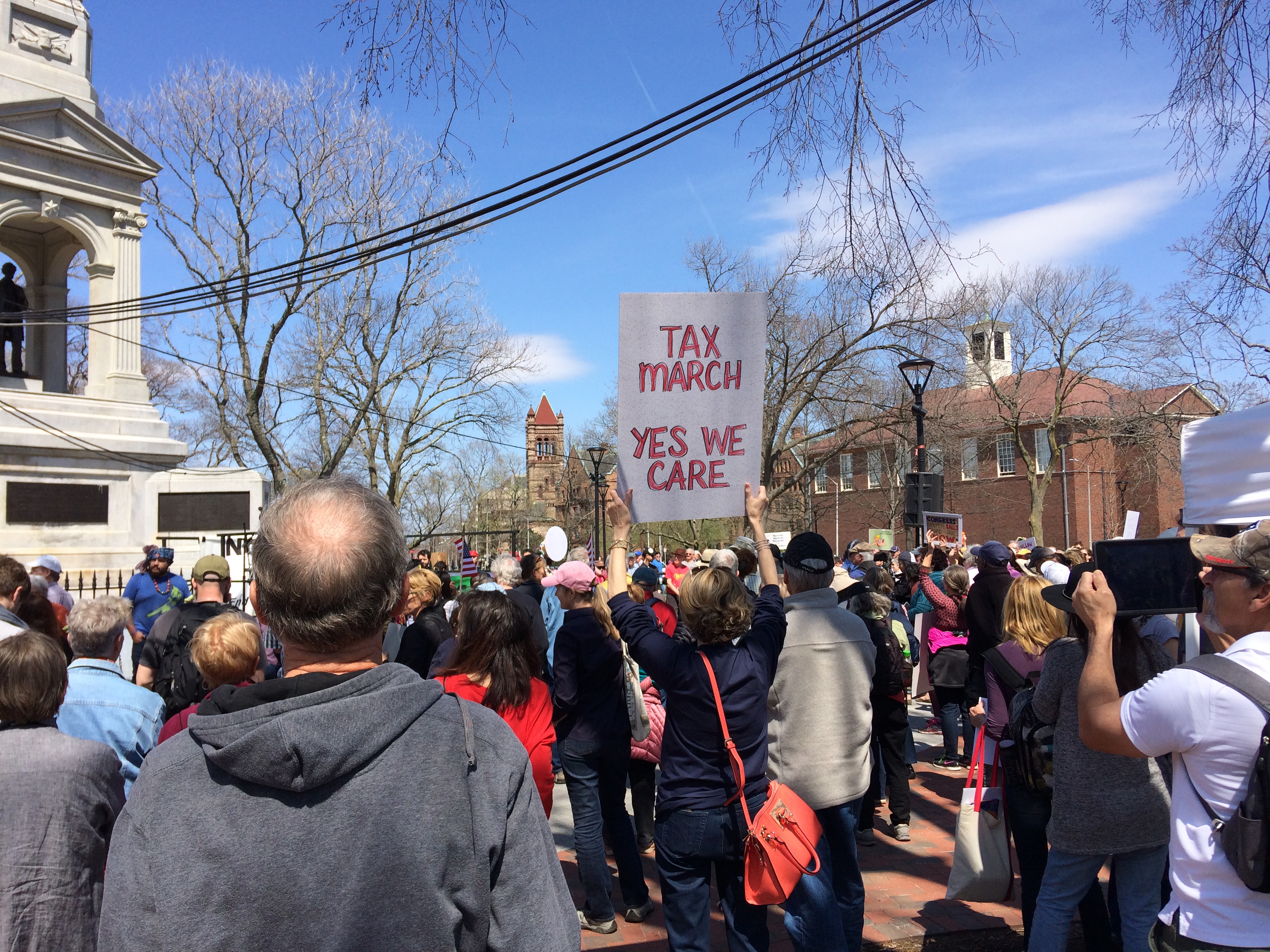 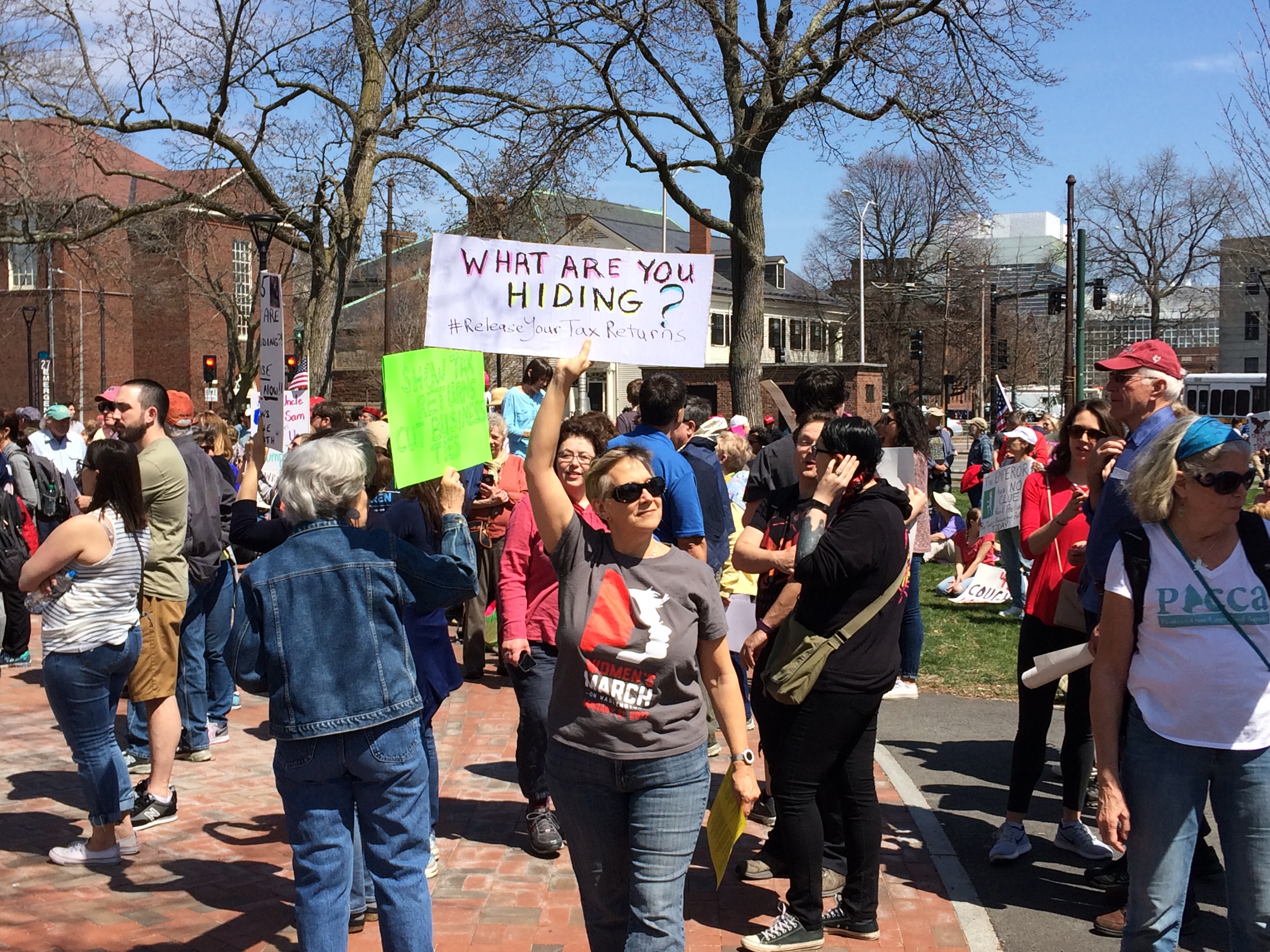 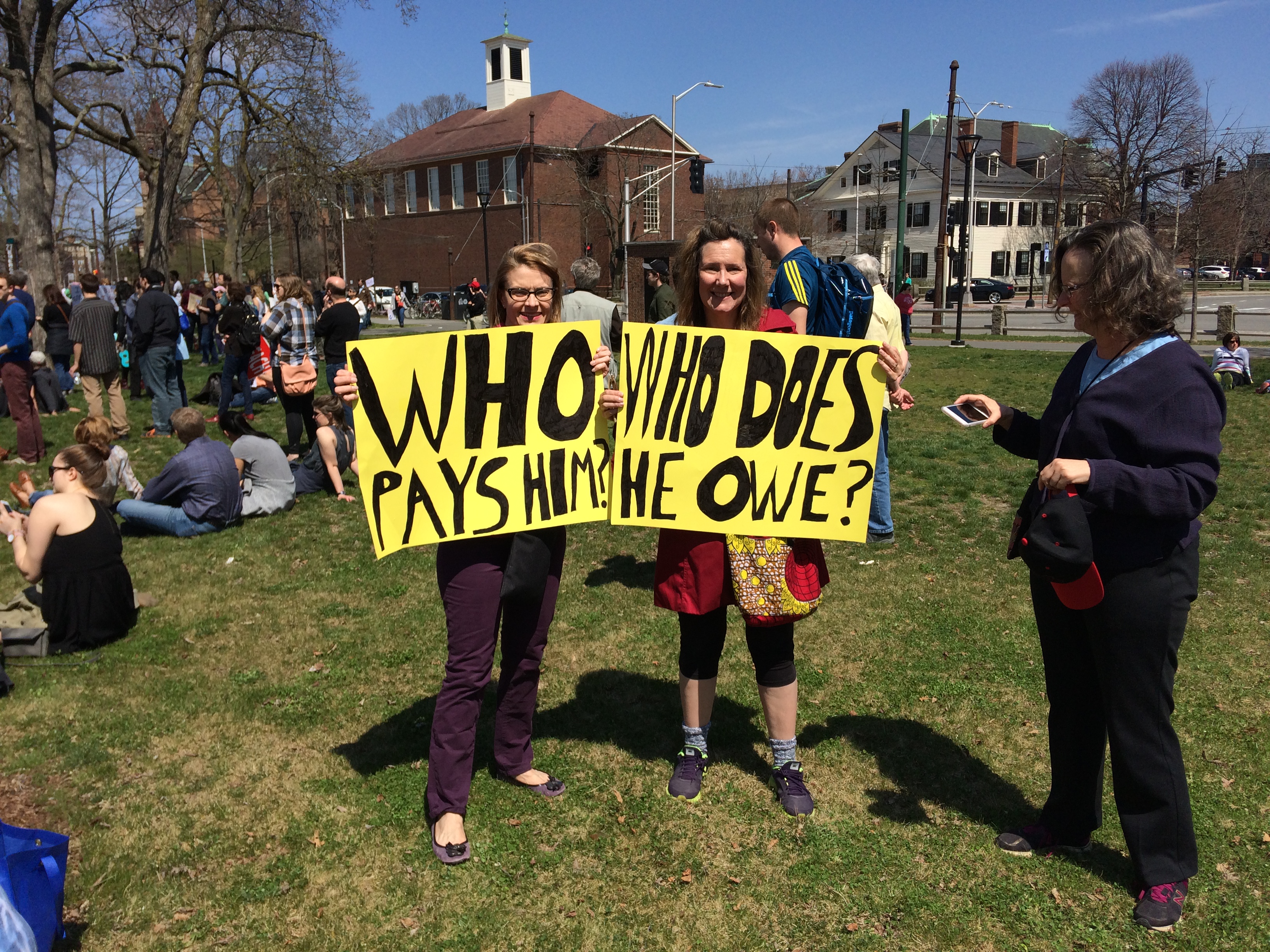 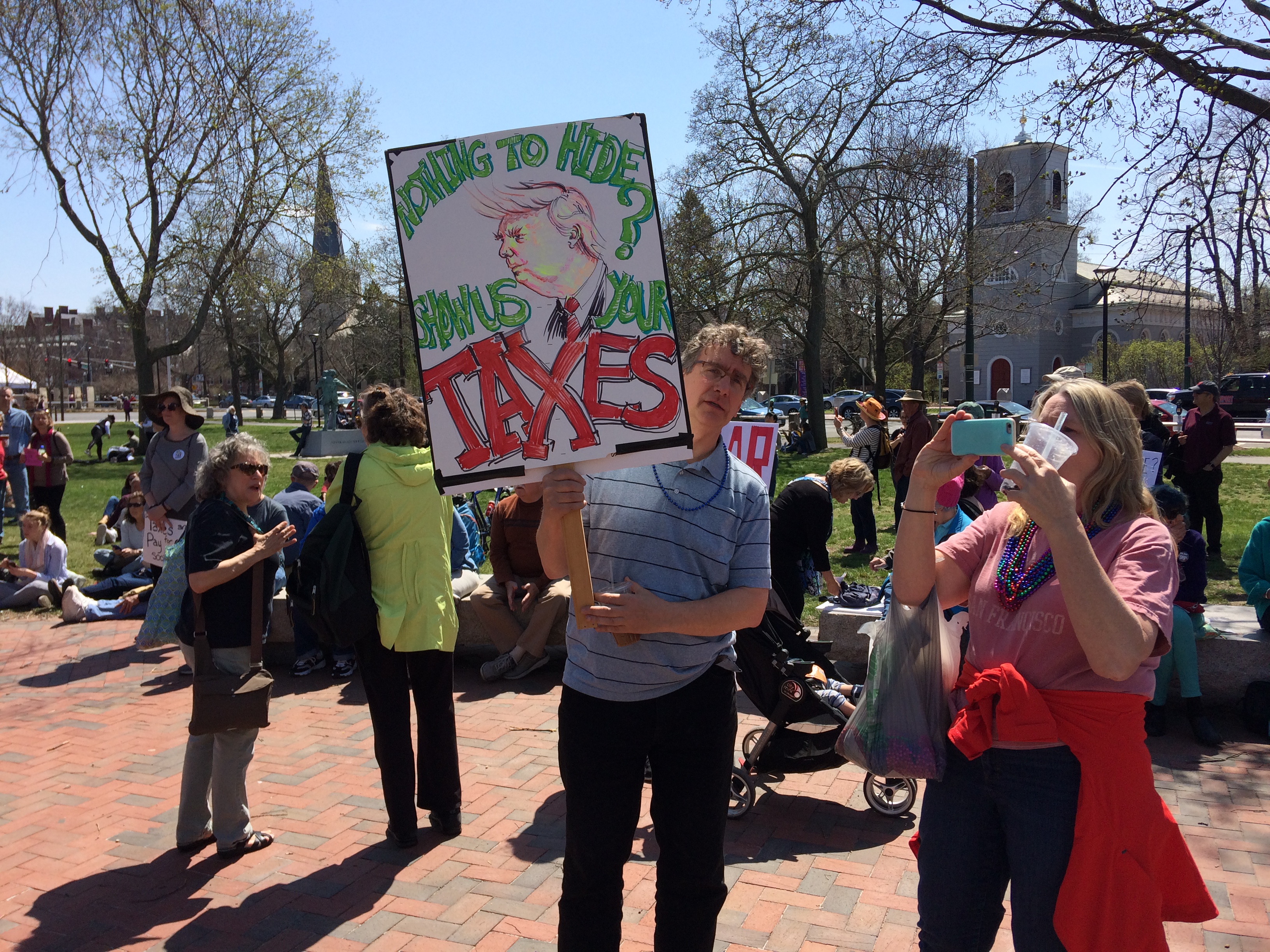 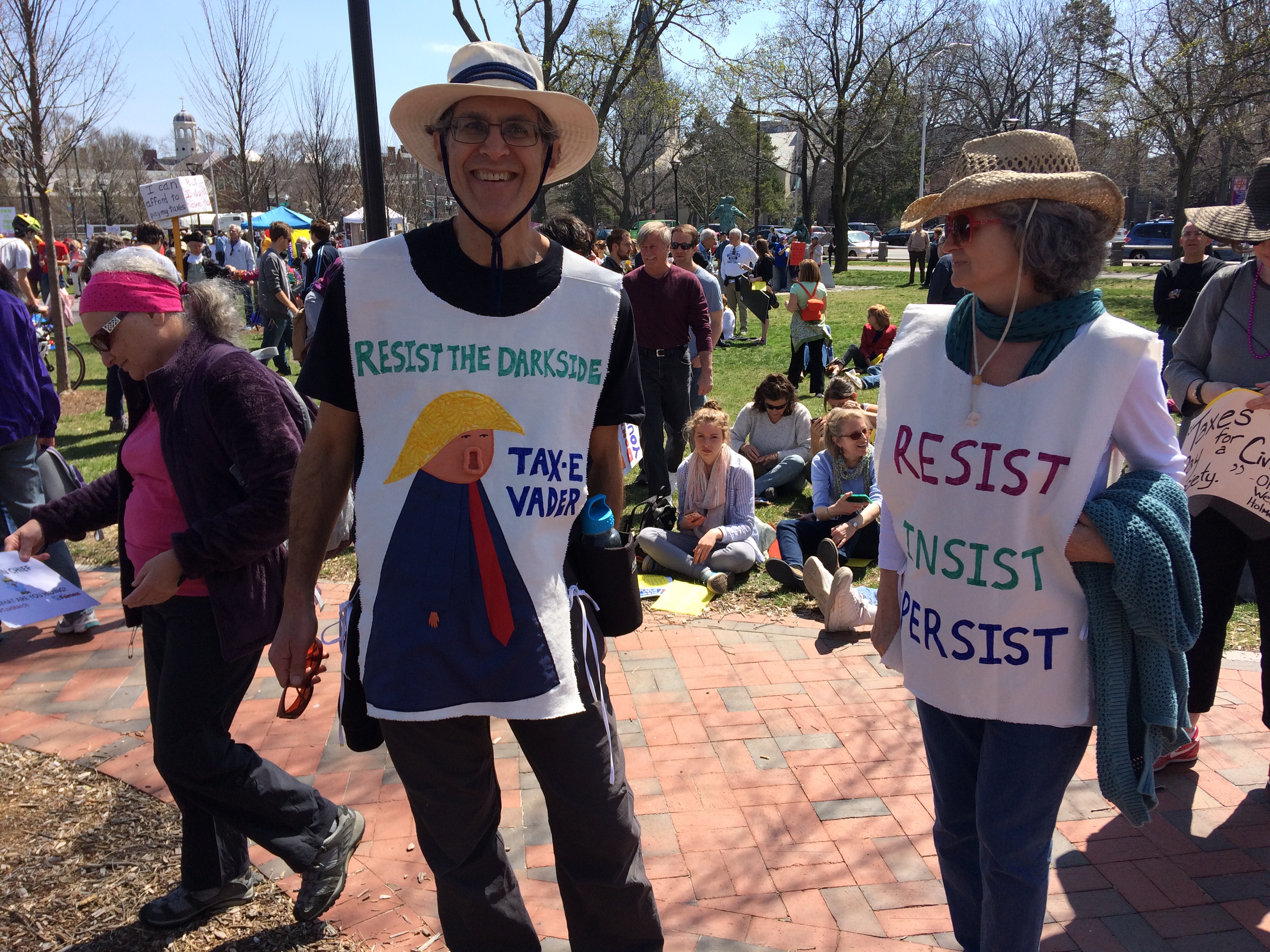 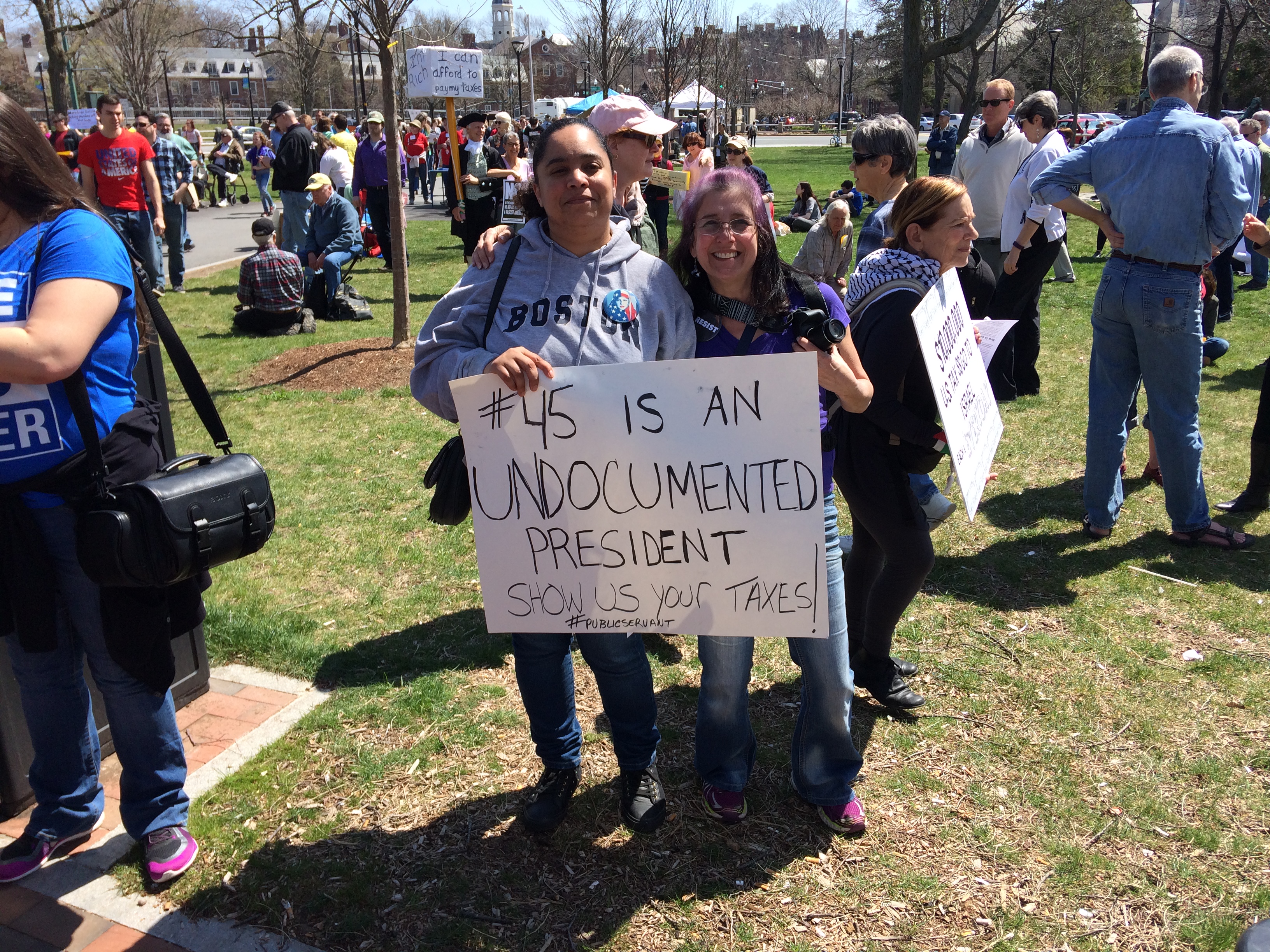 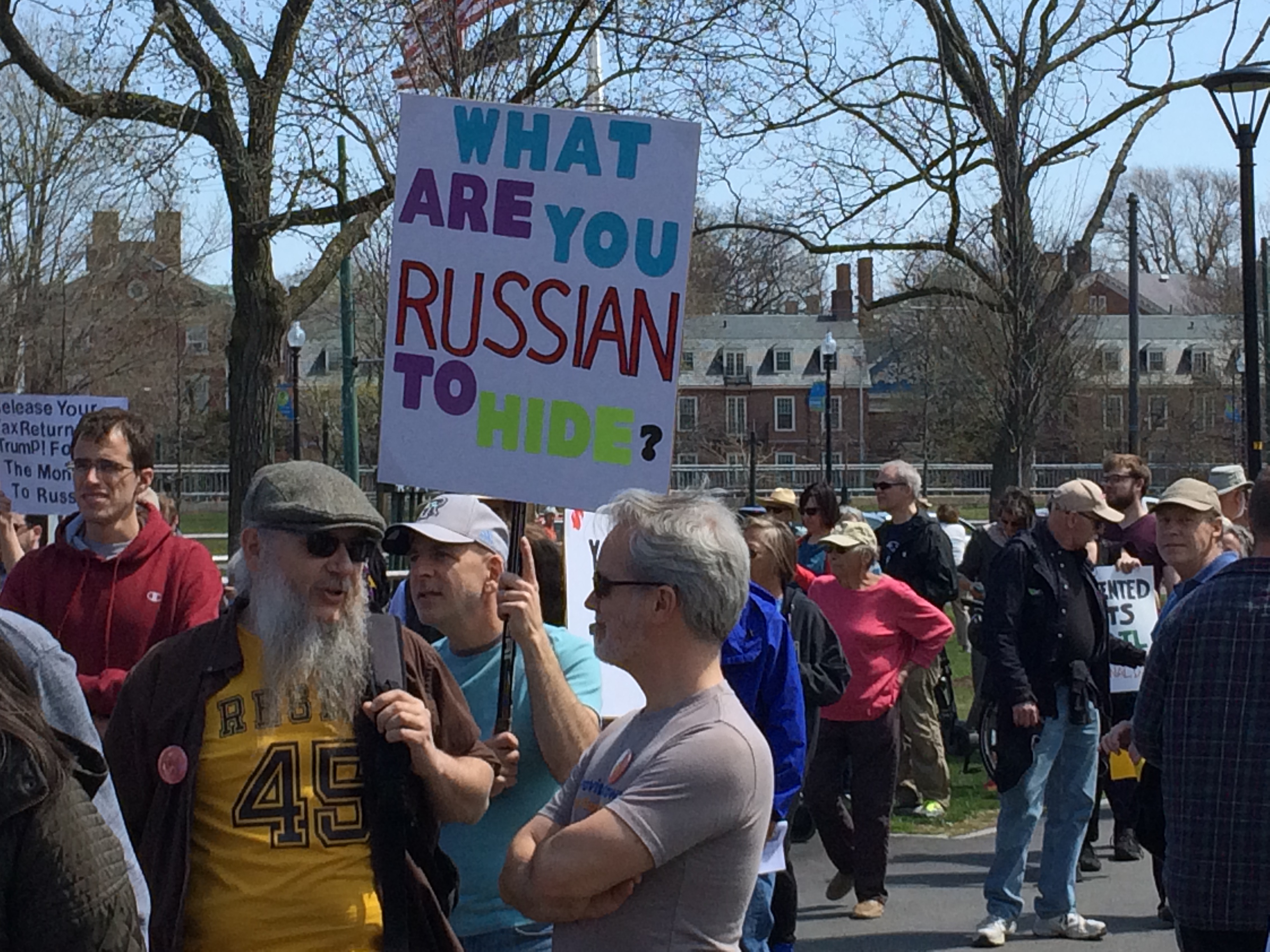 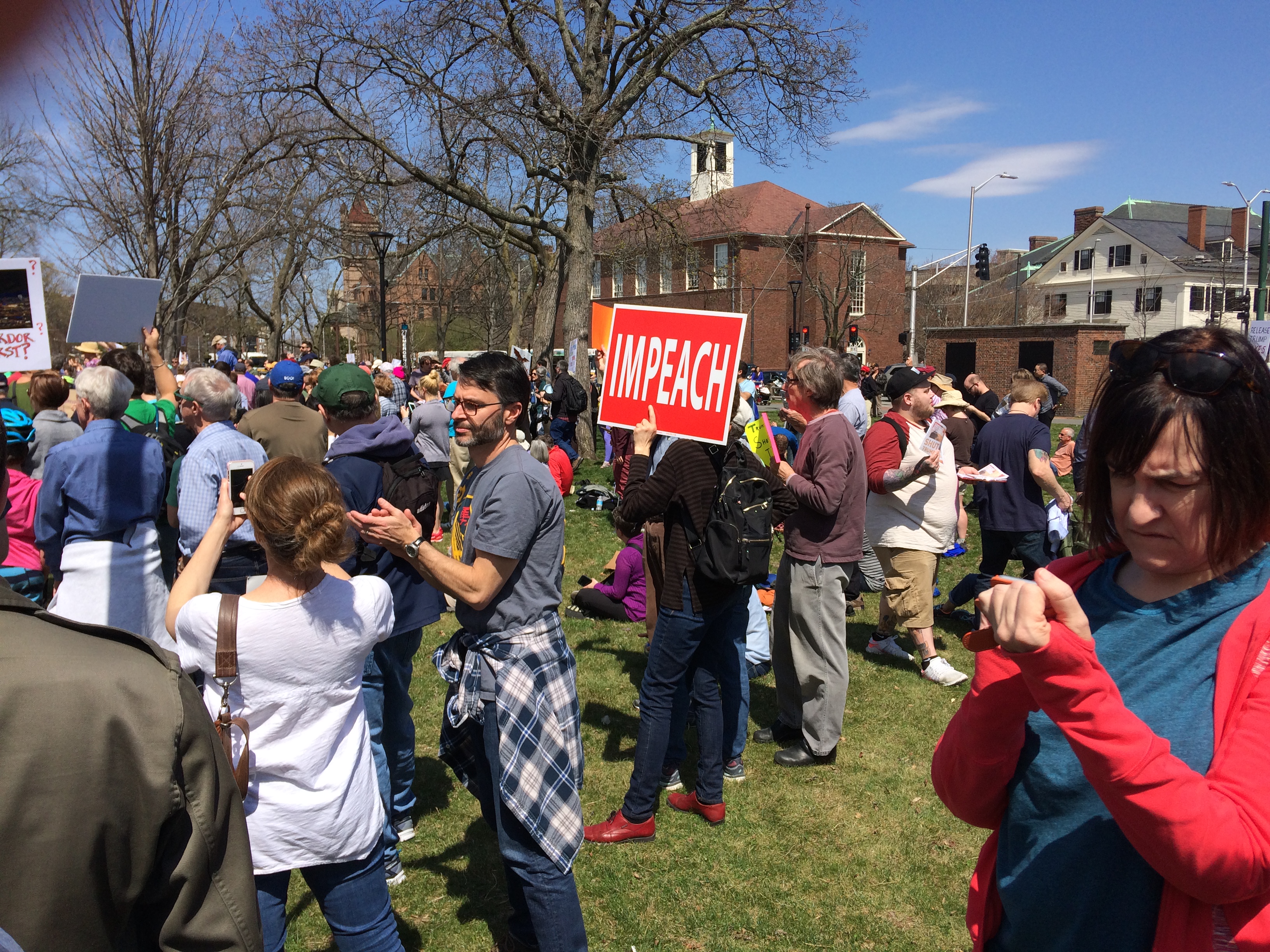 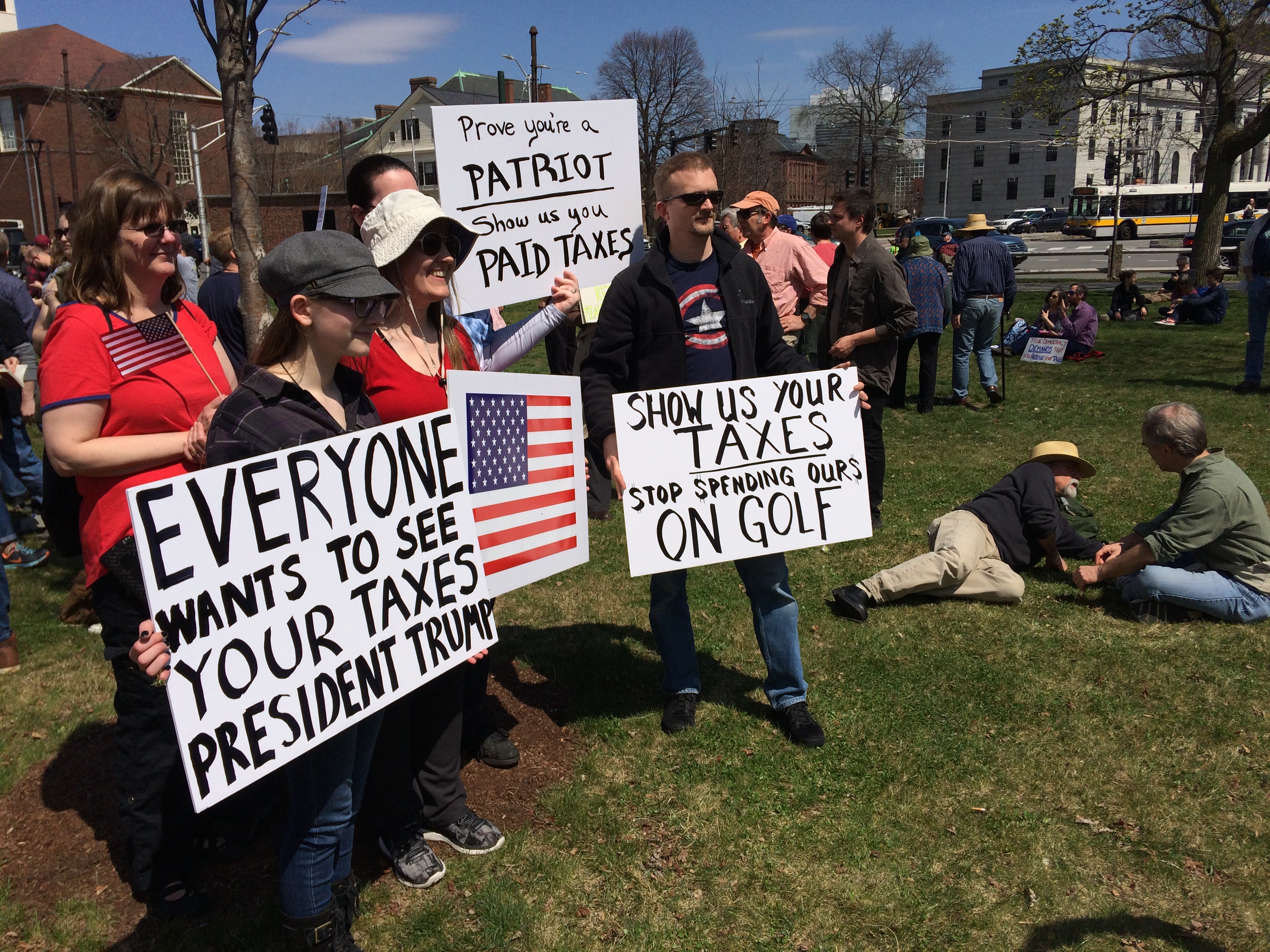 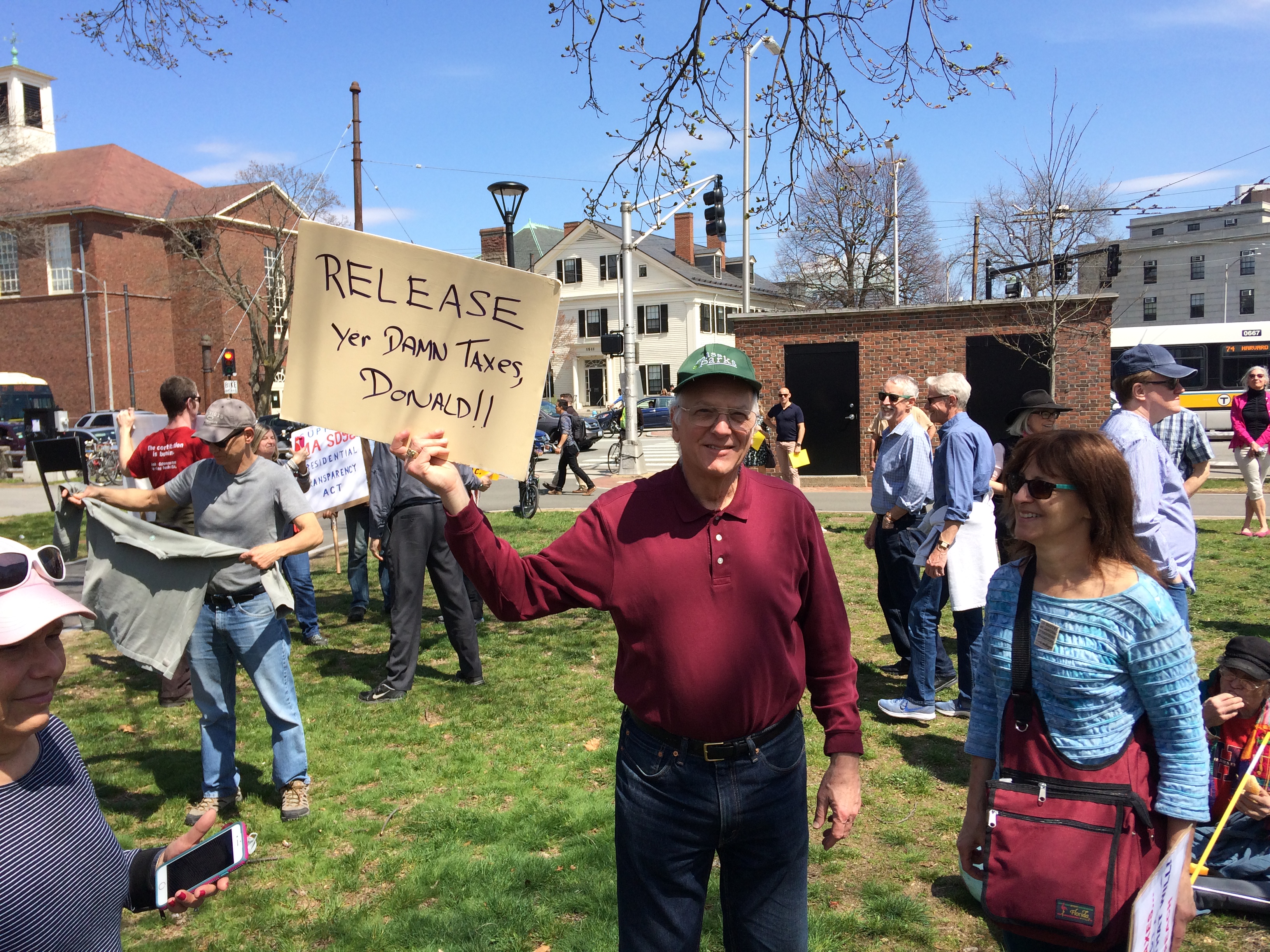 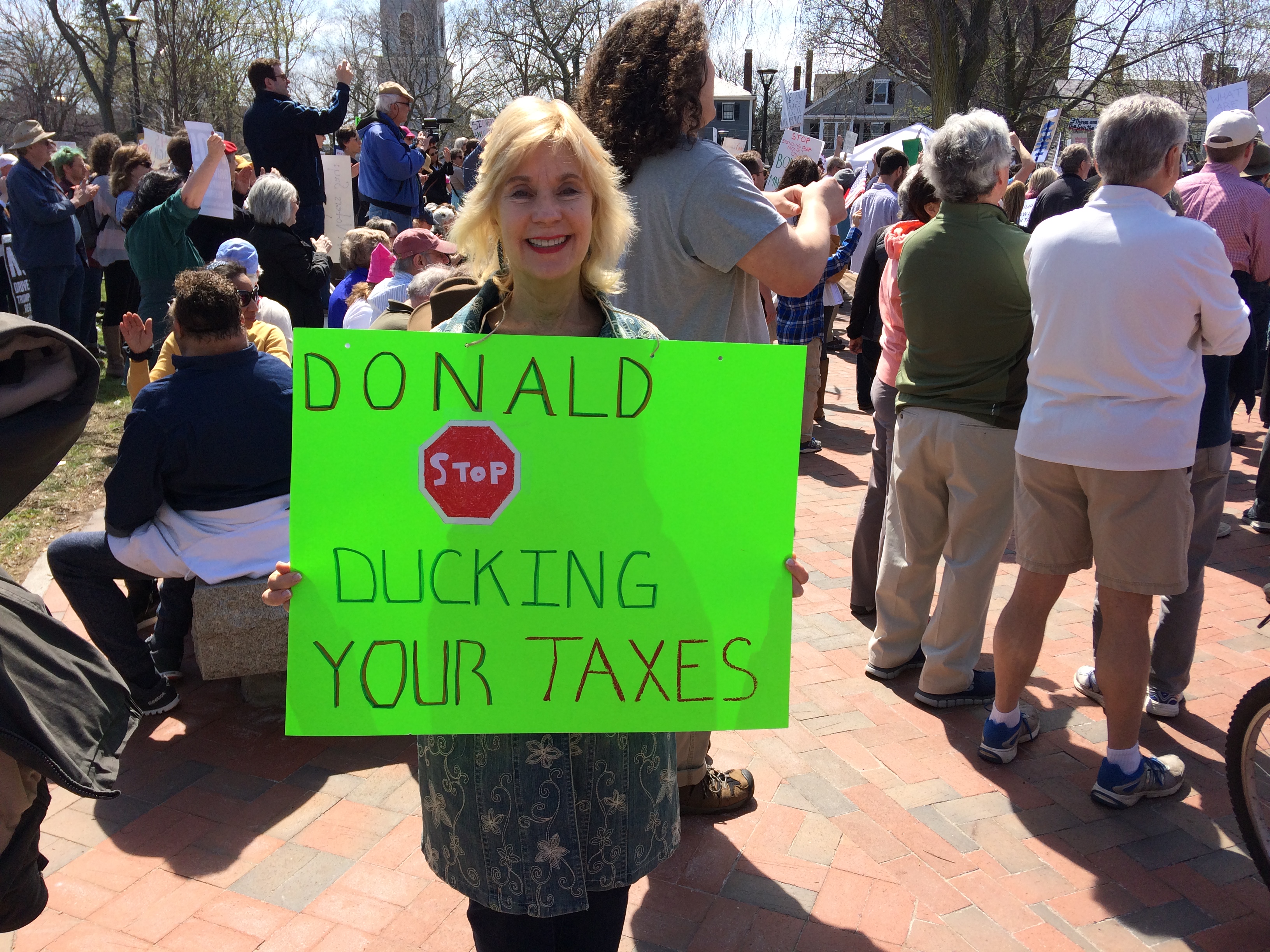 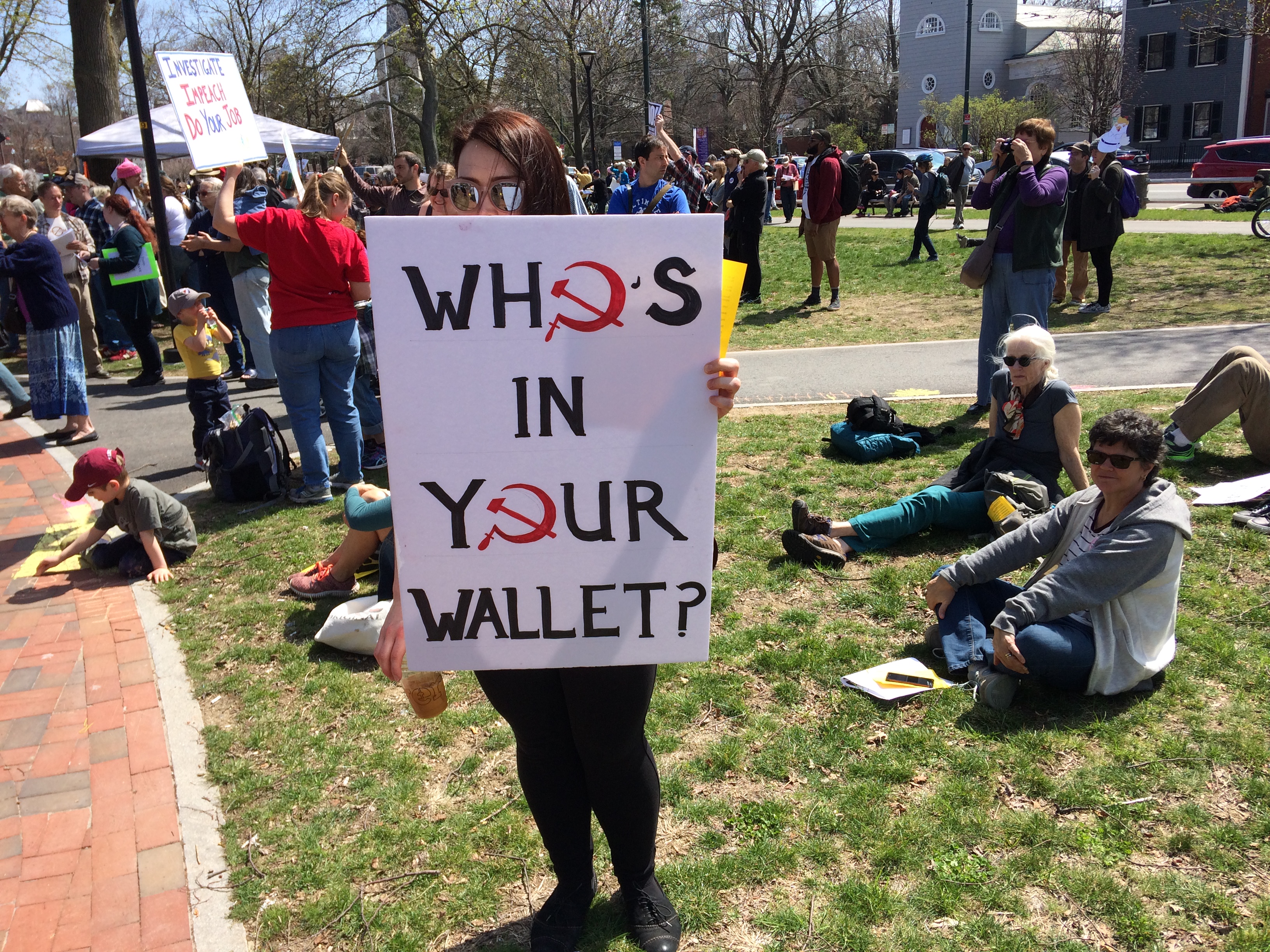 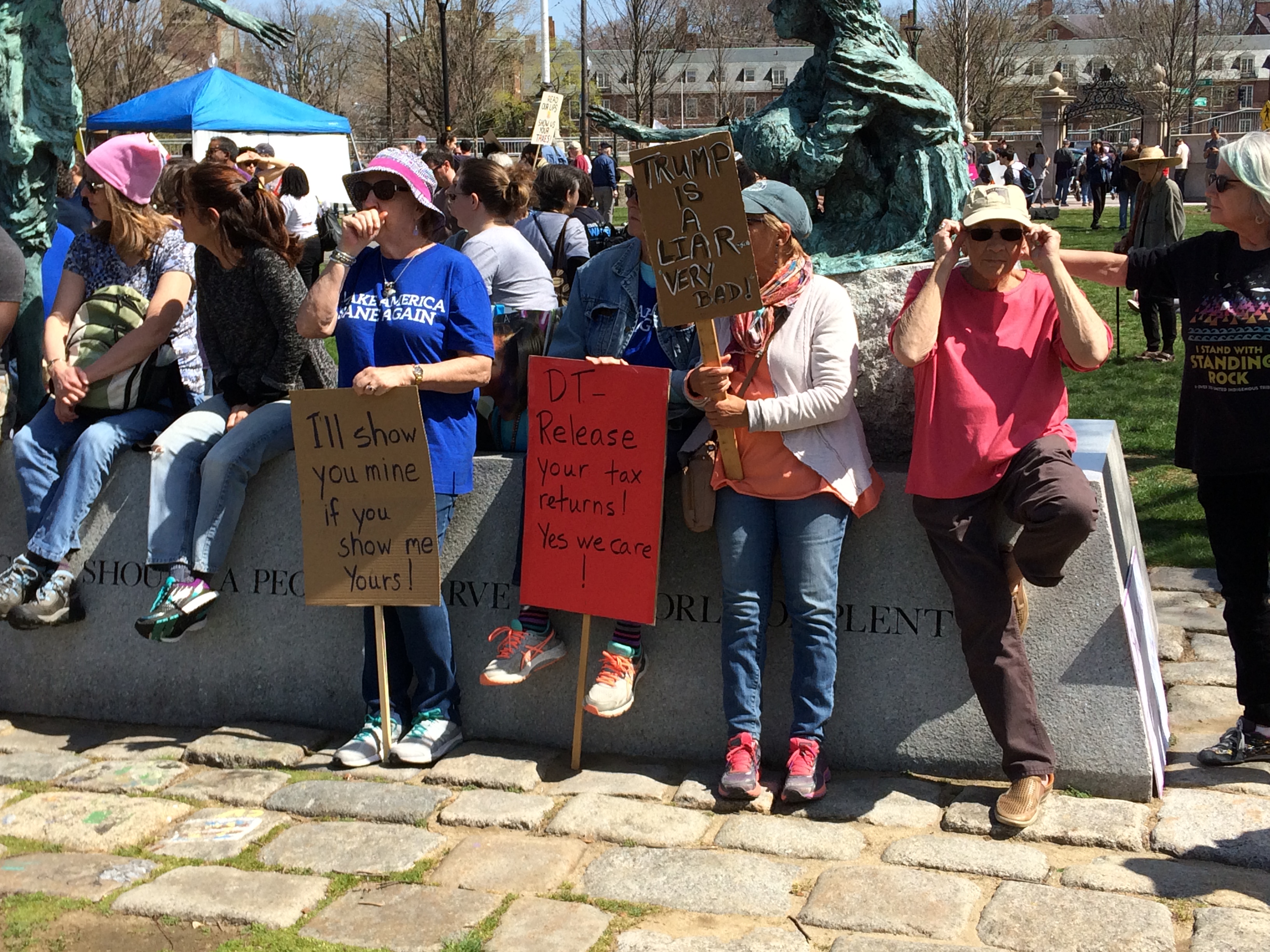 Sorry folks President Trump, as is true for every citizen, has no legal obligation to release his tax returns, at least not while he was a private citizen. As for anything else, the IRS has been auditing Trump for quite sometime. I, therefore, think that it is unlikely that their is anything in Trump's returns that, at most, would constitute a civil dispute about the tax treatment of a particular item or items.

If there is more than that, we are all going to have to rely on the IRS auditors making the appropriate referal for either civil action or to the U.S. Dept. of Justice for a criminal prosecution. Because Trump, in deviation from the discretionary precedent of his predecessors, has no intention on of exercising his discretion to release his tax returns, no matter who demonstrates to the contrary; even if you were to set each other on fire, you would burn for nothing, because Trump will not relent.