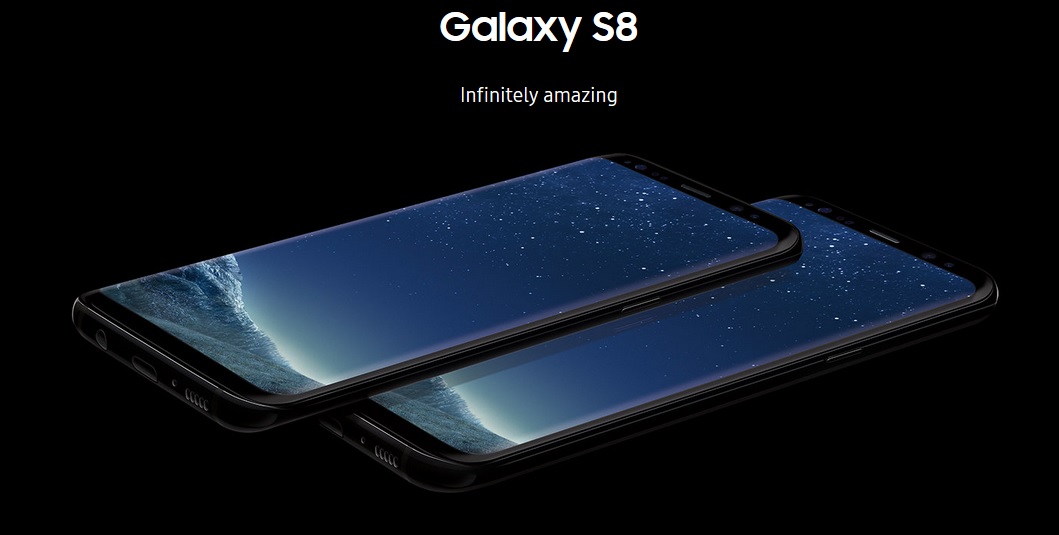 A new test conducted by CCC hackers shows that this promise cannot be kept: With a simple to make dummy-eye the phone can be fooled into believing that it sees the eye of the legitimate owner. A video shows the simplicity of the method."

The Samsung Galaxy S8 runs the Android operating system, claims a talk time of up to 30 hours, has a screen optimized for virtual reality (VR) apps, and features Bixby, an "... intelligent interface that is built into the Galaxy S8. With every interaction, Bixby can learn, evolve and adapt to you. Whether it's through touch, type or voice, Bixby will seamlessly help you get things done. (Voice coming soon)"

"Iris recognition may be barely sufficient to protect a phone against complete strangers unlocking it. But whoever has a photo of the legitimate owner can trivially unlock the phone. "If you value the data on your phone – and possibly want to even use it for payment – using the traditional PIN-protection is a safer approach than using body features for authentication," says Dirk Engling, spokesperson for the CCC."

Phys.org reported that Samsung executives are investigating the CCC report. Samsung views the Galaxy S8 as critical to the company's performance given the Note 7 battery issues and fires last year.

Some consumers might conclude from the CCC report that the best defense against against iris hacks would be to stop posting selfies. This would be wrong to conclude, and an insufficient defense:

"The easiest way for a thief to capture iris pictures is with a digital camera in night-shot mode or the infrared filter removed... Starbug was able to demonstrate that a good digital camera with 200mm-lens at a distance of up to five meters is sufficient to capture suitably good pictures to fool iris recognition systems."

So, more photos besides selfies could reveal your iris details. The CCC report also reminded consumers of the security issues with using fingerprints to protect their devices:

"CCC member and biometrics security researcher starbug has demonstrated time and again how easily biometrics can be defeated with his hacks on fingerprint authentication systems – most recently with his successful defeat of the fingerprint sensor "Touch ID" on Apple’s iPhone. "The security risk to the user from iris recognition is even bigger than with fingerprints as we expose our irises a lot. Under some circumstances, a high-resolution picture from the internet is sufficient to capture an iris," Dirk Engling remarked."

What are your opinions of the CCC report?