A recent survey of consumers in six countries found that 90 percent believe it is important for smart devices to have security built into the products. Also, 78 percent said they are aware that any smart device connected to their home WiFi network is vulnerable to attacks by hackers wanting to steal personal data stored on the device. 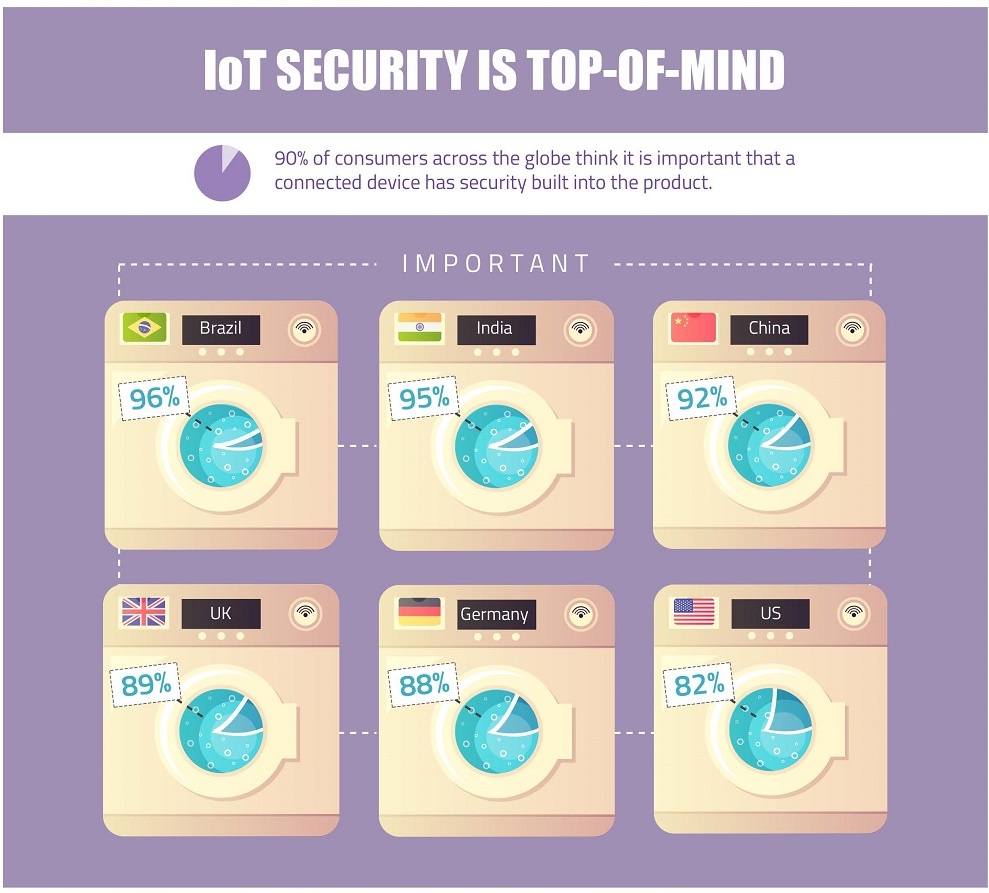 "... 72% of millennials (ages 18-24 years) indicated that they are aware that any smart device connected to the Wi-Fi in their home has the potential to be targeted by a hacker, compared to 82% of consumers 55+. This indicates that older generations may be more savvy about IoT security or more cautious... More than half of consumers around the globe (56%) think that it is the responsibility of both the end-user and the manufacturer of the product to prevent hacking of smart devices. Alternatively, only 15% of consumers globally think they are responsible, while 20% feel the manufacturer of the device is responsible for cybersecurity. In China, more consumers than any other country surveyed (31%) stated that it is the responsibility of manufacturers. Brazilians led all countries surveyed (23%) in the belief that it is the responsibility of the end-user to prevent hacking of connected devices... Germans expressed the least concern with nearly half (42%) stating that they are not concerned about smart devices being hacked. On the opposite end of the spectrum, Brazilian smart device owners expressed the most concern with 88% of those surveyed saying they were concerned...

Read the announcement by Irdeto. View the full infographic. 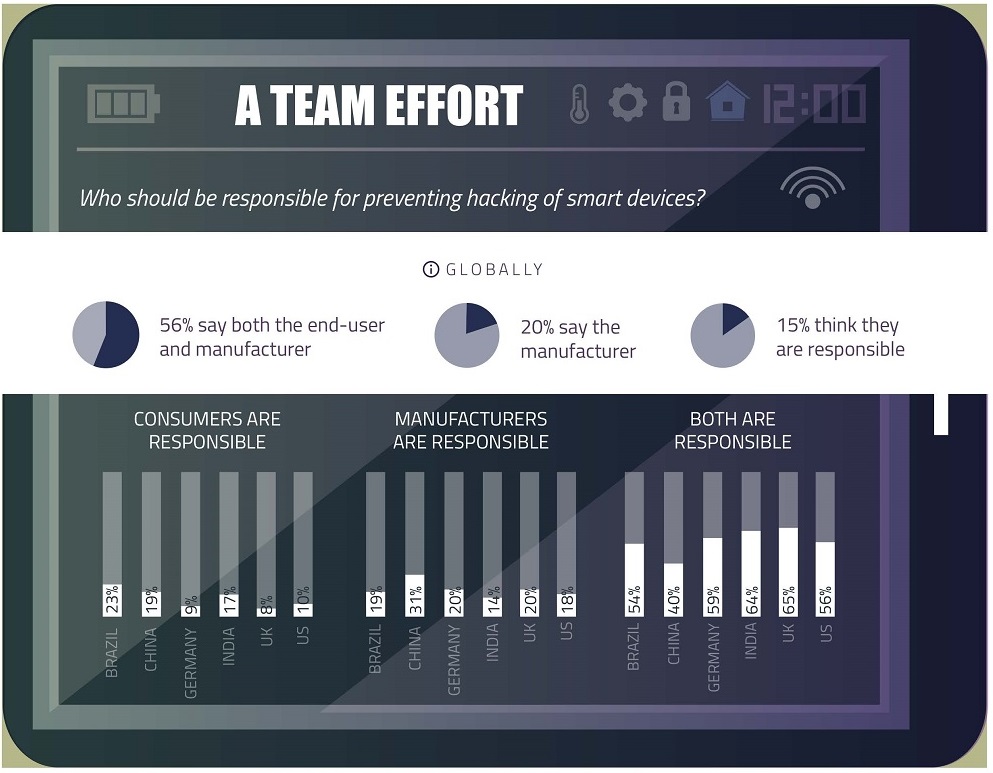 So consumers want security built into their computing devices. Well, that’s a good idea, and I think that consumers are entitled to security and that security is essential to having viable networks. But this reminds me of Henry Ford’s comment when told that Ford’s customers wanted a choice of colors for their Model Ts. Ford replied that they could have any color that they wanted, as long as it was black.

But makers of computing devices and networks won’t get away with that. First, a lot of devices, such as Amazon’s Echo, and uses for networks, such as Twitter, are trivial and can easily be done without. However, even for the many essential functions that networks and computing devices do in our society, none of them are viable without security, so that the failure of at least adequate security will result in a difficult and unwelcome reversion to the status quo ante, if that’s possible.