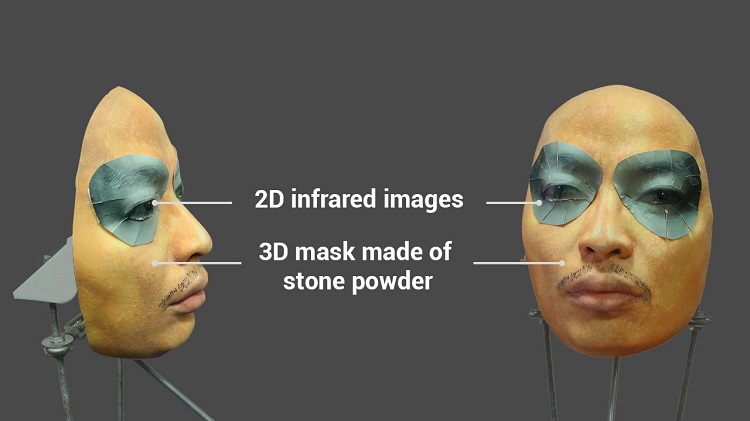 You may remember, earlier this year Apple launched its iPhone X with Face ID feature for users to unlock their phones:

"Your face is now your password. Face ID is a secure and private new way to unlock, authenticate, and pay... Face ID is enabled by the TrueDepth camera and is simple to set up. It projects and analyzes more than 30,000 invisible dots to create a precise depth map of your face."

Like it or not, there is no security system for your smartphone that can't be defeated. Mashable reported yesterday that security researchers have found another method to defeat Face ID:

"The same Vietnamese team that managed to trick Face ID with an elaborately constructed mask now says it has found a way to create a replicated face capable of unlocking Apple's latest and greatest biometric using a series of surreptitiously snagged photographs. Apple has copped to the fact that Face ID, for all its technical prowess, isn't perfect. It can be tricked by twins. For

The Bkav researchers explained in a blog post how their crude mask defeated Face ID:

"Bkav used a 3D mask (which costs ~200 USD), made of stone powder, with glued 2D images of the eyes. Bkav experts found out that stone powder can replace paper tape (used in previous mask) to trick Face ID' AI at higher scores. The eyes are printed infrared images – the same technology that Face ID itself uses to detect facial image. These materials and tools are casual for anyone. An iPhone X has its highest security options enabled, then has the owner's face enrolled to set up Face ID, then is immediately put in front of the mask, iPhone X is unlocked immediately. There is absolutely no learning of Face ID with the new mask in this experiment."

"Bkav researchers said that making 3D model is very simple. A person can be secretly taken photos in just a few seconds when entering a room containing a pre-setup system of cameras located at different angles. Then, the photos will be processed by algorithms to make a 3D object.

I guess that 3-D models will provide law enforcement (and spy agencies) with new ways to use their archived collections of facial images. The Guardian reported earlier this year:

"Approximately half of adult Americans’ photographs are stored in facial recognition databases that can be accessed by the FBI, without their knowledge or consent, in the hunt for suspected criminals. About 80% of photos in the FBI’s network are non-criminal entries, including pictures from driver’s licenses and passports. The algorithms used to identify matches are inaccurate about 15% of the time, and are more likely to misidentify black people than white people."

What do you think?