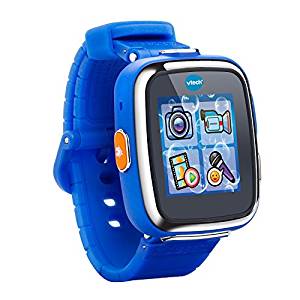 Parents: considering a smartwatch for your children or grandchildren? Consider the privacy implications first. Bleeping Computer reported on Friday:

"Germany's Federal Network Agency (Bundesnetzagentur), the country's telecommunications agency, has banned the sale of children's smartwatches after it classified such devices as "prohibited listening devices." The ban was announced earlier today... parents are using their children's smartwatches to listen to teachers in the classroom. Recording or listening to private conversations is against the law in Germany without the permission of all recorded persons."

Some smartwatches are designed for children as young as four years of age. Several brands are available at online retailers, such as Amazon and Best Buy.

Why the ban? Gizmodo explained:

"Saying the technology more closely resembles a “spying device” than a toy... Last month, the European Consumer Organization (BEUC) warned that smartwatches marketed to kids were a serious threat to children’s privacy. A report published by the Norwegian Consumer Council in mid-October revealed serious flaws in several of the devices that could easily allow hackers to seize control. "

Clearly, this is another opportunity for parents to carefully research and consider smart device purchases for their family, to teach their children about privacy, and to not record persons without their permission.