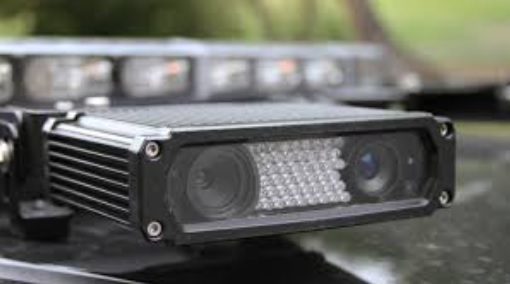 Many police departments use automated license plate reader (ALPR or LPR) technology to monitor the movements of drivers and their vehicles. The surveillance has several implications beyond the extensive data collection.

The Voice of San Diego reported that the San Diego Police Departments shares its database of ALPR data with many other agencies:

"SDPD shares that database with the San Diego sector of Border Patrol – and with another 600 agencies across the country, including other agencies within the Department of Homeland Security. The nationwide database is enabled by Vigilant Solutions, a private company that provides data management and software services to agencies across the country for ALPR systems... A memorandum of understanding between SDPD and Vigilant stipulates that each agency retains ownership of its data, and can take steps to determine who sees it. A Vigilant Solutions user manual spells out in detail how agencies can limit access to their data..."

San Diego's ALPR database is fed by a network of cameras which record images plus the date, time and GPS location of the cars that pass by them. So, the associated metadata for each database record probably includes the license plate number, license plate state, vehicle owner, GPS location, travel direction, date and time, road/street/highway name or number, and the LPR device ID number.

Information about San Diego's ALPR activities became public after a data request from the Electronic Frontier Foundation (EFF), a digital privacy organization. ALPRs are a popular tool, and were used in about 38 states in 2014. Typically, the surveillance collects data about both criminals and innocent drivers.

Earlier this year, the EFF issued hundreds of similar requests across the country to learn how law enforcement currently uses ALPR technology. The ALPR training manual for the Elk Grove, Illinois PD listed the data archival policies for several states: New Jersey - 5 years, Vermont - 18 months, Utah - 9 months,  Minnesota - 48 hours, Arkansas - 150 days, New Hampshire - not allowed, and California - no set time. The document also stated that more than "50 million captures" are added each month to the Vigilant database. And, the Elk Grove PD seems to broadly share its ALPR data with other police departments and agencies.

"The legitimate law enforcement purposes of LPR systems include the following: 1) Locating stolen, wanted, or subject of investigation vehicles; 2) Locating witnesses and victims of a violent crime; 3) Locating missing or abducted children and at risk individuals.

LPR Strategies: 1) LPR equipped vehicles should be deployed as frequently as possible to maximize the utilization of the system; 2) Regular operation of LPR should be considered as a force multiplying extension of an officer’s regular patrol efforts to observe and detect vehicles of interest and specific wanted vehicles; 3) LPR may be legitimately used to collect data that is within public view, but should not be used to gather intelligence of First Amendment activities; 4) Reasonable suspicion or probable cause is not required for the operation of LPR equipment; 5) Use of LPR equipped cars to conduct license plate canvasses and grid searches is encouraged, particularly for major crimes or incidents as well as areas that are experiencing any type of crime series... LPR data will be retained for a period of one year from the time the LPR record was captured by the LPR device..."

The document does not describe its data security methods to protect this sensitive information from breaches, hacks, and unauthorized access. Perhaps most importantly, the 2015 SDPD document describes the data sharing policy:

However, the Voice of San Diego reported:

"A memorandum of understanding between SDPD and Vigilant stipulates that each agency retains ownership of its data, and can take steps to determine who sees it. A Vigilant Solutions user manual spells out in detail how agencies can limit access to their data... SDPD’s sharing doesn’t stop at Border Patrol. The list of agencies with near immediate access to the travel habits of San Diegans includes law enforcement partners you might expect, like the Carlsbad Police Department – with which SDPD has for years shared license plate reader data, through a countywide arrangement overseen by SANDAG – but also obscure agencies like the police department in Meigs, Georgia, population 1,038, and a private group that is not itself a police department, the Missouri Police Chiefs Association..."

So, the accuracy of the 2015 document is questionable, it it isn't already obsolete. Moreover, what's really critical are the data retention and sharing policies by Vigilant and other agencies.