Study: Most Consumers Fear Companies Will 'Go Too Far' With Artificial Intelligence Technologies

New research has found that consumers are conflicted about artificial intelligence (AI) technologies. A national study of 697 adults during the Spring of 2018 by Elicit Insights found:

"Most consumers are conflicted about AI. They know there are benefits, but recognize the risks, too"

Many of the concerns center around control. As AI applications become smarter and more powerful, they are able to operate independently, without human -- users' -- authorization. When presented with several smart-refrigerator scenarios, the less control users had over purchases the fewer survey participants viewed AI as a benefit: 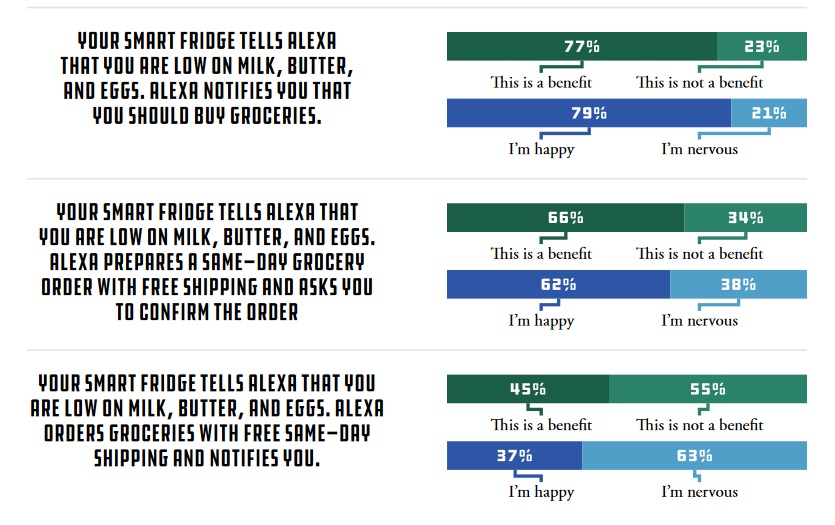 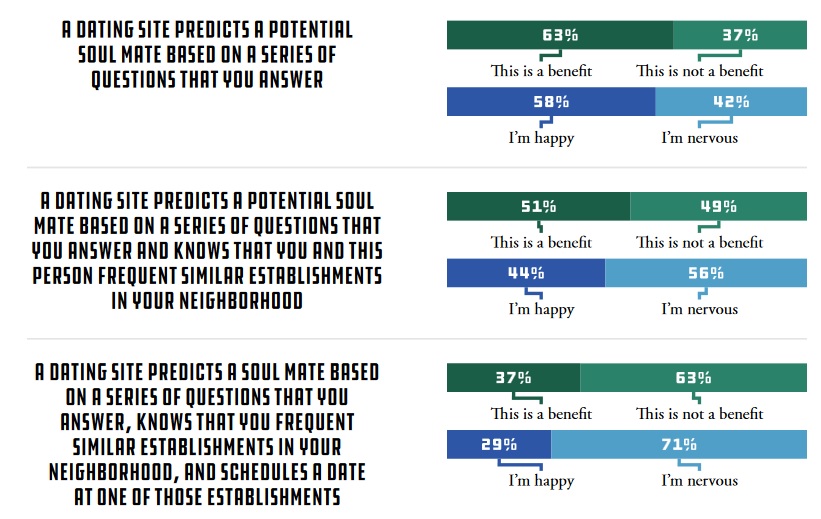 Download Elicit Insights' complete Artificial Intelligence survey (Adobe PDF). What are your opinions? Do you prefer AI applications that operate independently, or which require your authorization?