On Tuesday, Facebook announced its first financial services offering which will be available in 2020:

"... we’re sharing plans for Calibra, a newly formed Facebook subsidiary whose goal is to provide financial services that will let people access and participate in the Libra network. The first product Calibra will introduce is a digital wallet for Libra, a new global currency powered by blockchain technology. The wallet will be available in Messenger, WhatsApp and as a standalone app — and we expect to launch in 2020... Calibra will let you send Libra to almost anyone with a smartphone, as easily and instantly as you might send a text message and at low to no cost. And, in time, we hope to offer additional services for people and businesses, like paying bills with the push of a button, buying a cup of coffee with the scan of a code or riding your local public transit..."

Long before the announcement, consumers crafted interesting nicknames for the financial service, such as #FaceCoin and #Zuckbucks. Good to see people with a sense of humor.

On a more serious topic, after multiple data breaches and privacy snafus at Facebook (plus repeated promises by CEO Zuckerberg that his company will do better), many people are understandably concerned about data security and privacy. Facebook's announcement also addressed security and privacy:

"... Calibra will have strong protections... We’ll be using all the same verification and anti-fraud processes that banks and credit cards use, and we’ll have automated systems that will proactively monitor activity to detect and prevent fraudulent behavior... We’ll also take steps to protect your privacy. Aside from limited cases, Calibra will not share account information or financial data with Facebook or any third party without customer consent. This means Calibra customers’ account information and financial data will not be used to improve ad targeting on the Facebook family of products. The limited cases where this data may be shared reflect our need to keep people safe, comply with the law and provide basic functionality to the people who use Calibra. Calibra will use Facebook data to comply with the law, secure customers’ accounts, mitigate risk and prevent criminal activity."

So, the new Calibra subsidiary promised that it won't share users' account information with Facebook's core social networking service, except when it will -- to "comply with the law." The announcement encourages interested persons to sign up for email updates. This leaves Calibra customers to trust Facebook's wall separating its business units. "Provide basic functionality to the people who use Calibra" sounds like a huge loophole to justify any data sharing.

Tech and financial experts quickly weighed in on the announcement and its promises. TechCrunch explained why Facebook created a new business subsidiary. After Calibra's Tuesday announcement:

"... critics started harping about the dangers of centralizing control of tomorrow’s money in the hands of a company with a poor track record of privacy and security. Facebook anticipated this, though, and created a subsidiary called Calibra to run its crypto dealings and keep all transaction data separate from your social data. Facebook shares control of Libra with 27 other Libra Association founding members, and as many as 100 total when the token launches in the first half of 2020. Each member gets just one vote on the Libra council, so Facebook can’t hijack the token’s governance even though it invented it."

"... that leaves one giant vector for abuse of Libra: the developer platform... Apparently Facebook has already forgotten how allowing anyone to build on the Facebook app platform and its low barriers to “innovation” are exactly what opened the door for Cambridge Analytica to hijack 87 million people’s personal data and use it for political ad targeting. But in this case, it won’t be users’ interests and birthdays that get grabbed. It could be hundreds or thousands of dollars’ worth of Libra currency that’s stolen. A shady developer could build a wallet that just cleans out a user’s account or funnels their coins to the wrong recipient, mines their purchase history for marketing data or uses them to launder money..."

During the coming months, hopefully Calibra will disclose the controls it will implement on the developer platform to prevent abuses, theft, and fraud.

Readers wanting to learn more should read the Libra White Paper, which provides more details about the companies involved:

"The Libra Association is an independent, not-for-profit membership organization headquartered in Geneva, Switzerland. The association’s purpose is to coordinate and provide a framework for governance for the network... Members of the Libra Association will consist of geographically distributed and diverse businesses, nonprofit and multilateral organizations, and academic institutions. The initial group of organizations that will work together on finalizing the association’s charter and become “Founding Members” upon its completion are, by industry:

Calibra hopes to have about 100 members in the Libra Association by the service launch in 2020. Clearly, there will be plenty more news to come. Below are draft screen images of the new app. 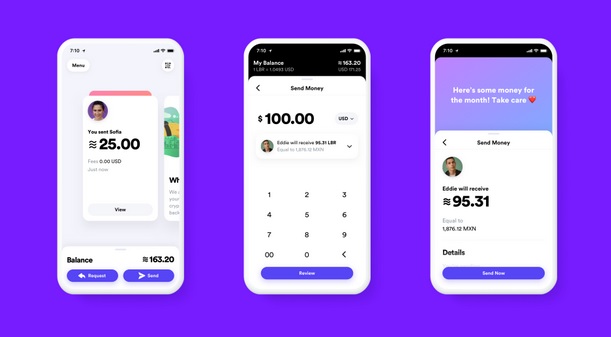