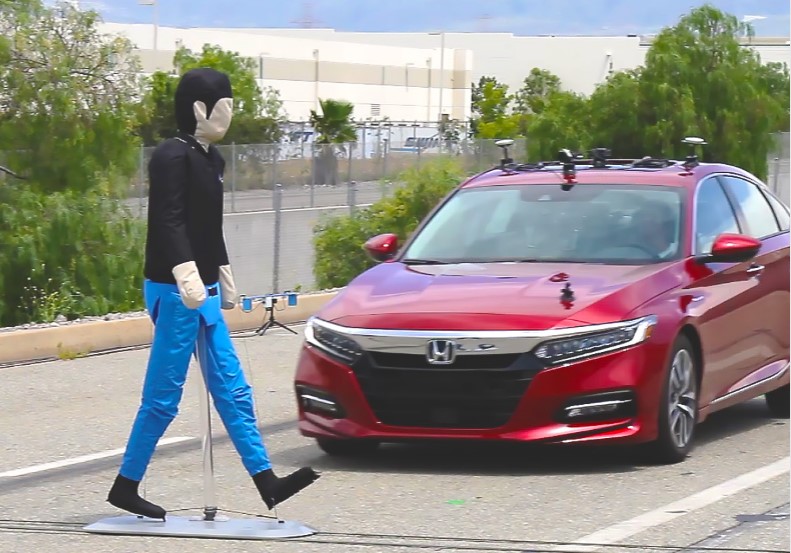 The American Automobile Association (AAA) reported new research results from tests of automatic emergency braking with pedestrian detection systems in automobiles. The AAA found that these systems work inconsistently and failed when most needed: at night. Chief findings from the report:

"... automatic emergency braking systems with pedestrian detection perform inconsistently, and proved to be completely ineffective at night. An alarming result, considering 75% of pedestrian fatalities occur after dark. The systems were also challenged by real-world situations, like a vehicle turning right into the path of an adult. AAA’s testing found that in this simulated scenario, the systems did not react at all, colliding with the adult pedestrian target every time..."

"... the systems were ineffective in all scenarios where the vehicle was traveling at 30 mph. At night, none of the systems detected or reacted to the adult pedestrian."